Here’s a story about mistaken identity that ended with a business owner receiving death threats.

Again, to be clear, Drake is not the one doing this. But the similar names and addresses led some angry New Jersey residents to send hate mail and death threats Drake’s way. It doesn't help that 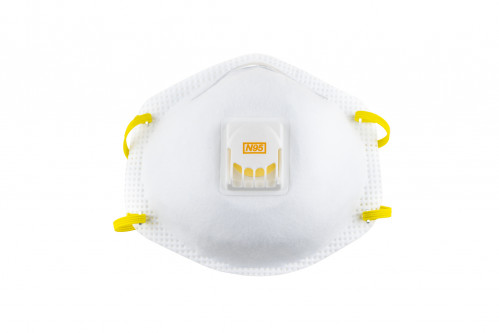 A NJ company is selling N95 masks at about a 600 percent markup, and a similarly-named company is taking the heat.

“Somehow my reputation is destroyed in a day,” Drake said, according to the New York Daily News. “I’m getting death threats. People talking about firebombing my businesses. I’m condemned without a trial. What kind of world we are living in.”

Unfortunately, right now we’re living in a scared and uncertain world, where people in New York and New Jersey half-read news about a company holding necessary face masks hostage for a king’s ransom, and retaliate without paying proper attention to detail.

Protective Supply LLC—remember, this is the company not owned by Drake—was accused last week of appropriating 3M trademarks to sell protective masks at roughly a 600 percent markup.

Drake is still fielding angry emails and calls, and has reportedly even had to explain the situation to his own office manager. The New York Daily News reported that he’s gotten about 100 angry phone calls, along with emails and Facebook messages.

So, here’s hoping everyone takes the time to differentiate between the two companies, and Drake can continue his business undisturbed.

Because, in case it needed to be spelled out one more time: Bob Drake owns Performance Screen Supply. Protective Supply LLC is the one accused of unsavory business practices. Please leave Bob Drake alone.