No, Cheerios, You Can't Trademark the Color Yellow 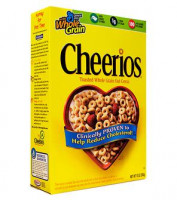 We've been covering trademark issues for a while now, and have seen some interesting cases. Most notably, the Supreme Court's decision to allow the band The Slants to trademark its name (despite potentially offending Asian people) has opened the door for the likes of the Washington Redskins to reserve trademarks for controversial things. It's also allowed people to trademark hate speech in an effort to keep it out of the wrong hands.

But this latest case isn't about hate speech, putting stripes in a certain order, or even people like Gene Simmons trying to trademark a combination of fingers being held up.

This case is about Cheerios trying (and failing) to trademark yellow.

Last week, the U.S. trademark court office denied the General Mills cereal brand's appeal to claim ownership over the color yellow. This has been a two-year-long battle for Cheerios.

In the ruling, judge Anthony R. Masiello said that Cheerios can't trademark yellow because of how common it is for other brands to use yellow in their packaging. He specifically used other cereal brands as examples, since they pretty much all use bright colors to attract potential customers.

Conversely, Cheerios itself didn't even always use yellow! According to Quartz, the Trademark Trial and Appeal Board correctly pointed out that Cheerios used all kinds of colors for its various packaging.

"We are not persuaded that customers perceive the Applicant's proposed mark, the color yellow alone, as indicating the source of Applicant's goods," Masiello wrote, according to Quartz.

Masiello is absolutely right here. We can think of at least five things that are also yellow that aren't Cheerios boxes:

But this isn't a competition to see who can name the most yellow things. The counter-argument against Cheerios' claim that the color yellow was solely used by Cheerios in the cereal world was pretty simple. They showed this image of other cereal boxes that were, well, also yellow. 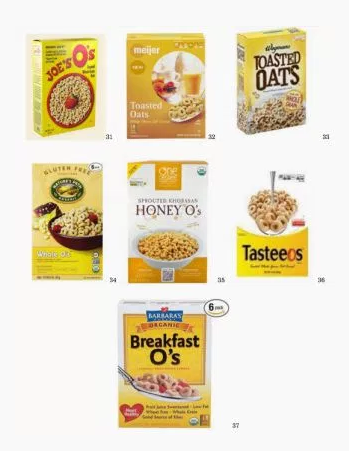 So, while Cheerios may be an institution in itself by this point, this ruling shows that huge brands can't completely create monopolies when it comes to trademarking words or colors.