Pop-up shops have been all over headlines recently, but this week, we’re bringing you a more local story of how an animal shelter opened its own online pop-up shop, where all the proceeds benefit the animals.

SAVE, A Friend to Homeless Animals, is a nonprofit based in Skillman, N.J. that opened its doors in 1941. It recently announced that it would be open up an online store with T-shirts, caps, a tote bag and vinyl decals available for pre-order until August 11 at midnight.

To get an idea what the shelter and, by extension, similar organizations, look for in promotional products, we spoke with Heather Achenbach, executive director for SAVE, A Friend to Homeless Animals, on the ideas behind the online pop-up shop, how they selected the merch and how they sourced the items.

During the interview, Achenbach noted that the pop-up shop idea stemmed from supporters and adopters asking where and how they could purchase items like T-shirts, hats, water bottles and more.

“We were just constantly spinning our wheels trying to figure out how to do it when we are not a retail shop, we’re an animal shelter," said Achenbach. "We didn’t have the space for merchandise, nor the money to put forward to buy it. This created an opportunity for us to have a shop—a virtual shop—where people could buy things in support of SAVE that meant that we did not need to have inventory here on premises.” 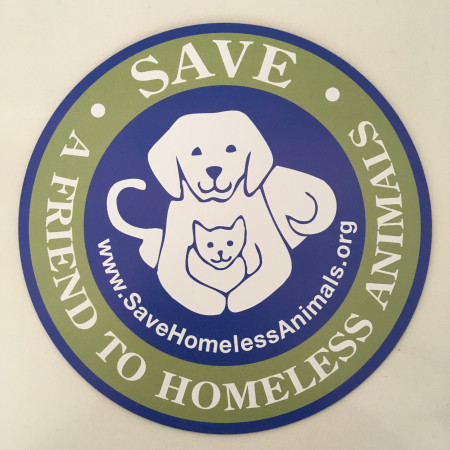 As for deciding on the merchandise, Achenbach admitted that choosing wasn’t easy. They ultimately decided on having separate summer and winter shops so they could keep the number of available items manageable given their budget.

“Depending on how the logos were placed on the apparel, we were going to have to pay if we didn’t sell a certain amount," she said. "That’s how we decided on the number available, and then we kept it to summer. So that’s why it’s short sleeves and tank options for women, two short-sleeve options for men. We wanted to make sure we had something for youth, and people use tote bags daily. So, we went with that, as well as a vinyl decal."

“We actually really wanted to also offer water bottles, but the price point was really high on the amount that we would be willing to purchase if they didn’t sell, so we couldn’t even offer that,” Achenbach added.

Another decision SAVE had to make would be finding vendors that would be the best fit for the merchandise they wanted. Achenbach mentioned that there were two main determining factors here: Their merchandise partner needed to carry the color that fit the SAVE brand and offer high-quality fabrics for the apparel.

When it came down to the amount of time to keep the shop open for, their vendor advised that two weeks would be a good amount of time. But, depending on the feedback they receive, it might be extended an extra week due to the timing of the release. For nonprofits like SAVE, having an option like an online pop-up shop doesn’t require them to have physical space to hold merchandise at their location, but it still allows people to support the organization through merchandise purchases.

“Businesses, for us, we were very excited about this as an opportunity to be able to sell apparel and get people in our logo for brand recognition and visibility without needing to maintain something over a long period of time,” said Achenbach. “I feel excited! I’m a clothing person. I’m the kind of person who would want to support the brand by wearing it. And, I also want it to have a fit that looks good and that is comfortable, and that’s incredibly important whenever you’re selecting stuff like this. I want people to say, ‘This is the best shirt I’ve ever bought, and it was only $20.’”