Hullinger served as alphabroder's CEO since 2012, after 10 years as chief operating officer, and multiple executive roles in technology and retail companies.

Bella+Canvas president Chris Blakeslee said in a statement that the decision to create the COO position came after significant growth for Bella+Canvas, including investments in its global infrastructure. The company has added operations in five countries, expanded its Los Angeles cutting facility and added a 750,000 sq. ft distribution center on the East Coast of the U.S.

“The growth of our business necessitated the creation of the COO role, and for us the choice was simple,” Blakeslee said. “I personally had the privilege to work closely with Norm for several years at alphabroder, and witnessed his leadership, professionalism and drive for results. It’s now my pleasure to welcome him, on behalf of the entire Bella+Canvas team, to join our company, where he’ll lead our pursuit for operational excellence and unparalleled service that exceeds our customers’ expectations.”

“My relationship with Bella+Canvas goes back nearly 15 years, and I’ve admired what the company and team has accomplished both as a partner and as an industry disruptor,” Hullinger said. “I’m excited to now lead the efforts which will solidify the company’s infrastructure as it becomes the largest basics brand in the industry.” 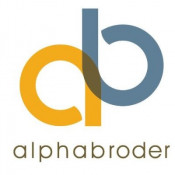 Alphabroder announced shortly after the news broke that current president Dan Pantano will be promoted to the role of CEO, effective immediately.

“I couldn’t be more excited to take over the leadership of alphabroder Prime Line at this time,” Pantano said in a statement. “Our customers are focused on growing their business’ profitability, especially as our industry rebounds from COVID-19. Our job is to help them do that each and every day, and do it as seamlessly as possible. We will have a relentless focus on that going forward.”

During Pantano’s tenure at alphabroder, the company created partnerships with large retail brands like Under Armour, Puma, Spyder and Nautica.

“We have been working with Dan for more than eight years, and look forward to alphabroder’s future under his experienced leadership to take the company to the next level of performance, and position it as the undisputed leader in this industry,” Michael Klein, alphabroder majority shareholder and member of its board of directors said.