It's been 20 years since Christopher "The Notorious B.I.G." Wallace, also known as Biggie or Biggie Smalls, passed away. And the grocery store he worked at in his native New York City commemorated his death by releasing limited edition paper bags last week, according to DNAinfo.

The "Biggie Bags" featured the rapper's face with the date of his passing, March 3, 1997. 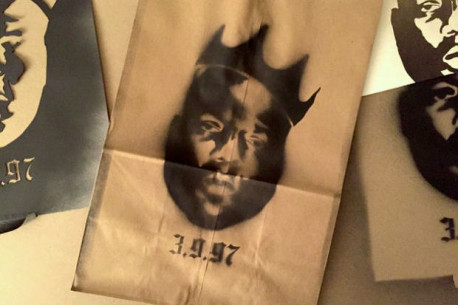 A grocery store in New York commemorated the 20th anniversary of the Notorious B.I.G.'s death with "Biggie Bags." (Image via DNAinfo)

"As a tribute, a limited edition of custom-stenciled grocery bags were made for the family-owned grocery store to remember his legacy," the project's website said.

Rocky Widdy, the store's owner, told DNAinfo that most people don't actually want to use the bags for their intended purposes. They'd rather just keep them as collectibles.

"I'm sure they're going to be running out fast," Widdy said. "We're not actually putting products in it. Some people are taking it to frame."