In the world of superhero movies, everyone who works on set is sworn to secrecy in order to avoid any spoilers getting out. But, in the case of the new "Justice League" movie, the major spoiler might have been the movie's official promotional merchandise.

According to GameZone, Henry Cavill revealed which suit Superman will be wearing in the upcoming "Justice League" movie. It was a very specific black suit that Superman wears after he's been killed by Doomsday (at least in the comics). Eventually, he's put into a healing matrix called the Fortress of Solitude that brings him back to life.

Now, if you haven't read the comics, this information would not be known to you. But the recent unveiling of official "Justice League" merchandise might have spoiled that major plot line for you. Online retailer Superhero Stuff listed a new hat for sale with a lengthy description that indicates the hat is based on "Superman's newly-resurrected appearance in the hit film, 'Justice League.'" 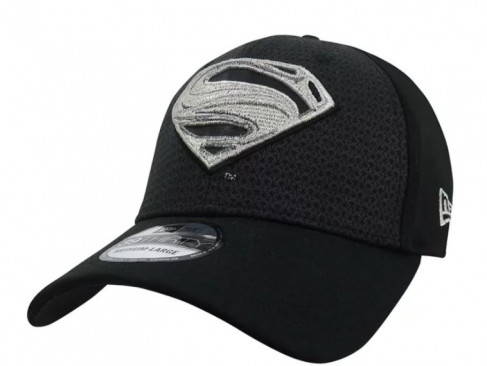 So far, it already seems like we know too much, but to add insult to injury, the description delves even deeper:

In 1993, Superman died. Later that year, Superman returned. Our Superman Black Armor Justice League 39Thirty Fitted Hat is based on Superman's costume post-death: A black variation of the Superman suit adorned during his time in the regeneration matrix, a Kryptonian chamber that reversed the previously lethal effects of his protracted punch-em-up with Doomsday. In the film Justice League, it seems Superman's cinematic resurrection will parallel the hit comic story, considering he returns in a stylish black costume soon after a very tense fight with Doomsday.

It seems hard to work your way out of that one, but GameZone is saying it's possible that the merchandise description was simply a guess based off the suit Cavill posted last year.

I guess we'll have to wait and see what happens in the actual movie, but for now, fans don't seem too thrilled at the possibility of a plot line being spoiled ahead of the movie's release.