We'll admit, we can't hear "Ohio State" without also hearing Keegan-Michael Key saying "THE Ohio State University" in the East/West College sketch. And yet, we're still shocked that the university is going so far as to attempt to trademark the word "The" for its branded apparel.

According to ESPN, a U.S. Patent and Trademark Office filing was made on Thursday, and university spokesman Chris Davey confirmed the news.

"Like other institutions, Ohio State works to vigorously protect the university's brand and trademarks," Davey said in a statement, according to ESPN. "These assets hold significant value, which benefits our students and faculty and the broader community by supporting our core academic mission of teaching and research." 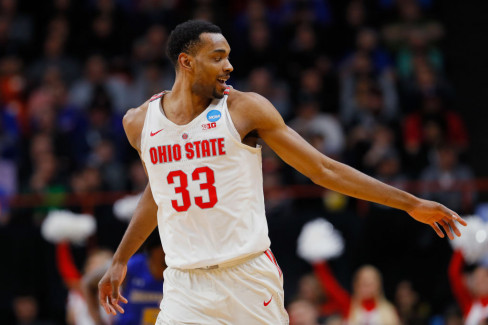 Ohio State University filed a trademark for "The" used in conjunction with its name. | Credit: Getty Images by Kevin C. Cox

The items covered by the trademark would include T-shirts, baseball caps and hats, according to the application.

ESPN pointed out that common words and phrases can be trademarked if the entity can prove a distinctive usage outside the meaning.

According to CBS, the school has taken a lot of steps in recent years to protect its trademarks. In the past, the school has trademarked phrases like "The Shoe" and the names of former coaches Urban Meyer and Woody Hayes. There was even a bit of a battle with Oklahoma State University when Ohio State attempted to trademark OSU. The schools reached an agreement allowing both to use the acronym.

It seems the trademark only seeks to protect "The" when used alongside its association and university name, but it's still an aggressive move on the school's part.