The 2018 season has left the Cincinnati Reds seeing red, as they will open a six-game home stand tomorrow with a 7-24 record, the worst mark in Major League Baseball. While they are looking way up at the Milwaukee Brewers, who lead them in the National League Central standings by 11.5 games, they are also going to have to direct their attention to what happens at the Ohio Supreme Court come June 13. On that day, the judicial body will commence oral arguments on whether the organization must pay taxes on promotional items, mainly bobbleheads, that it gave to fans between 2008 and 2010. 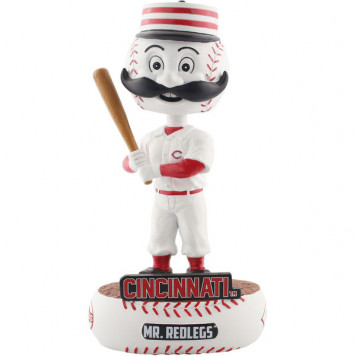 Likely headed for their sixth-straight losing campaign, the Reds could use any sort of good news, so based on their anemic start, such beneficial information seems more likely to come in a courtroom than on a baseball field. Promo Marketing addressed this matter in February, explaining that the state’s department of taxation feels the franchise should make financial amends for not having charged ticket purchasers additional fees for goods such as bobbleheads, cards and T-shirts. With local law exempting companies from paying taxes on products they purchase with intent to resell, the legal body is contending that simply giving away the materials as an element of fans’ attendance at a Great American Ball Park contest does not constitute adherence to the precept.

As we noted before the Reds began this perplexing year, the club, their baseball brethren and other franchises across the sports world make heavy use of promotional products to draw crowds, often tapping into pop culture to do so. It will be interesting to see how the sides make their points and to learn why the court chose the three-season span to scrutinize.

While we hope the Reds stop feeling the blues as June 13 approaches (especially since the team will be looking for great attendance when it distributes bobbleheads and wall decals in the final two home tilts before the arguments), we wonder if they are fated to have an unfortunate 2018 on and off the diamond.