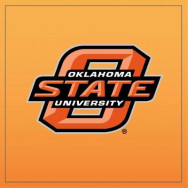 Oklahoma State University has until the end of August to formalize its opposition to Ohio State University's desire for additional trademark protection of their shared OSU acronym. (Image via Twitter)

Ohio State and Oklahoma State universities have amazing athletic pedigrees, making the Big 10 and Big 12 proud by claiming numerous conference and national titles. Along with impressive sporting annals, the institutions share an acronym, with each school being quite protective of its geography-determined trademark. Eager to expand the reach of its identifier through clothing and apparel, Ohio State has been met with flak from Oklahoma State, which, thanks to U.S. Patent and Trademark Office-issued approval, has until Aug. 31 to file a notice of opposition.

For nearly four decades, the havens have held an “OSU” trademark that covers education, entertainment, recreation programs and sports events, with the last element of the quartet being particularly notable given their championship calibers. Because of Ohio State’s February application with the aforementioned office, Oklahoma State sought an extension to challenge the garment-centric request, thus inspiring what could prove an interesting look at how a map influences commercial representation.

Ohio State has made a bit of a name for itself in legal matters, but various sources have contended that this matter will not lead to hostility and hurt feelings.

“This isn’t a conflict of schools,” Ohio State spokesman Chris Davey said. “This is the type of item that arises from time to time in (administering) a trademark.”

“We are constantly evaluating the licensing landscape to protect Oklahoma State University’s interests,” Oklahoma State contemporary Gary Shutt said. “We look forward to talking to Ohio State about joint use and making sure our universities and our fans are best served.”

What, then, has incited the summer backlash from Ohio State’s winter move to add its imprint on baseball caps, hats, shirts and T-shirts? More importantly, perhaps, what led the Columbus-based school to seek the trademark? It would appear that Iowa, which does not even border either state, is the answer.

The OSU trademark offers Ohio State sway in 19 states in the Midwest and on the East Coast, while its legal counterpart has dominion in 17 southern and western states. (Let’s not even discuss Oregon State University!) Iowa, whose 54 western counties are the trademark jurisdiction for Oklahoma and whose 45 eastern ones fall under the boundary rights for Ohio State, has become the battleground. And while those previously quoted university officials contend their sides will likely resolve this easily, one wonders if that is so, given Ohio State’s litigious background and the simple fact that lawyers and their robust retainers are on the case. The schools, after all, had not bickered over the trademarks because of the geographic demarcations, but now, Iowa, like in many presidential elections, could prove a pivotal player in determining how A-OK it will be for either to boast about being OSU. Maybe, as one writer has suggested, the schools can stage athletic duels to determine the use of the initials.