Though I can identify most of the European nations’ flags (Slovenia, you definitely stumped me), I know that Sheldon Cooper would never invite me to appear on his eponymous “Fun With Flags” podcast. Being a vexillologist suits the “Big Bang Theory” character just fine, but most people would likely struggle to know what threads represent which countries. Because of that, one might not find it that crazy or embarrassing—though it can certainly inspire a chuckle—that viewers of the 2018 Olympic Winter Games’ opening ceremony confused host land South Korea’s flag with the Pepsi logo.

Commercialism has considerable clout and touches numerous aspects of our daily lives. Promo Marketing already devoted space to consumers’ recollections of popular logos, and the mistaking of the flag for the soft drink company’s emblem makes me wish the Signs.com folks had included the beverage big shot in the roundup just to see if Friday’s spectators could have been a bit more discerning. Regardless of the Pepsi logo’s absence, the widespread influence that marketing enjoys had a few onlookers feeling the organizers, in an attempt to help the company sell its wares, had called for people to form the latter’s symbol.

Pepsi, however, has no affiliation with the Pyeongchang-situated series of events that has 92 nations showing mettle in competing for medals. Likely not knowing that, though, yet being fully aware of advertising’s pull, could the confused individuals receive a pass for their gaffe? Let’s inspect the flag and the logo for a possible verdict. 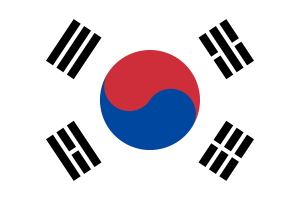 South Korea declared its present pennant official on October 15, 1949, dubbing it Taegukgi, meaning “supreme ultimate flag.” On the global stage, the East Asian land’s signifier has been an element of numerous sporting events, including the 1988 Summer Olympics in Seoul. But, honestly, the public pays far more attention to products’ insignias than it does to flags, leading, among other responses, one Twitter user to accuse Pepsi of “ambush marketing.” Since beginning as Brad’s Drink in 1893, the beverage provider has called on various logos to compel consumers to enjoy its carbonated goods, and, yes, most of them share a circular shape with the South Korean symbol, but the colors do not match up, leading to the misstep.

The games last through February 25, so perhaps it will soon circulate, especially if South Korea can claim a few medals, that the powers that be are not giving nods to Pepsi or any of its offerings. Here’s hoping the jumbling of the symbol of civic pride with the soda entity’s logo fizzes out quickly.

Turning Dreams Into Reality With Kevin Harrington of 'Shark Tank'

Our 5 Favorite Promotional Products of the Week: BAMKO's Dunkin' Cups, 'Up' Merch and More
Comments
The Top Lists