It's hard to imagine the feeling of being an Olympic athlete, let alone finding yourself on the podium after a lifetime of dedication to your sport. You know your family and friends are watching, tearing up thinking about how tirelessly you worked to achieve this monumental achievement.

Your country's national anthem plays, you radiate with pride as you look at the flag being raised along with your fellow competitors. This was the moment you've dreamed of—the moment where you reach down and are handed an adorable plush tiger representative of your status as a top three athlete in your sport in the whole world.

Yep, you've probably noticed by now that Olympic medalists at this year's Pyeongchang games have received plush dolls of one of the games' mascot Soohorang, a white tiger, rather than a medal. 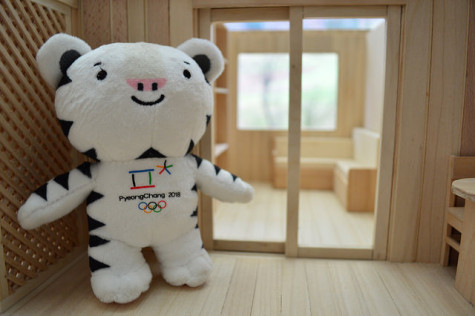 Soohorang the tiger is one of two mascots of this year's games, along with Bandabi, an Asiatic Black Bear. | Credit: Flickr by Big Berry

Don't worry, they still get the medals, it's just kind of like how at your graduation you didn't receive your actual diploma. That came later.

The real medals come later at a nightly ceremony. That's a tradition in the Winter Olympics, unlike the Summer games, where athletes receive the medal right away.

Sometimes, however, they'll do both, like 2016's Rio games, where medalists got a fun little sculpture of the Rio Olympics logo.

It might be a bit different than some athletes and viewers were expecting, but it's a genius marketing move. Those little plush toys are retailing for about $57 on Amazon right now, and are backordered until March.

So, really, these plush toys might just be more valuable than the actual medals.

Here's hoping one day I can get my curling career off the ground (ski jumping joke here, too) and land one (another ski jumping joke) of those bad boys myself!