Olympics-Related Promotional Content is a Huge Risk: Here's Why 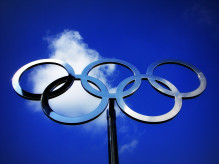 In case you haven’t heard, the 2018 Winter Olympics are nearly upon us, and as Super Bowl excitement winds down in the aftermath of yesterday’s victory parade here in Philadelphia, millions in the U.S. and around the world are preparing to tune in to the international competition.

This year’s competition, which takes place in Pyeongchang, South Korea, is only the latest event to take place in the long and storied history of the Olympic Games, which draw from an ancient Greek tradition of religious ceremonies and athletic events held in Olympia to honor Zeus. While the first modern Olympics were held in 1896, the Winter Olympics didn’t begin until 1924. Since then, apart from a few missed years, the games have taken place every four years.

Needless to say, the Olympics are incredibly popular, which means they are also extremely lucrative, and the International Olympic Committee (IOC) is very much aware of this. In order to incentivize and protect sponsorship deals that bear price tags ranging from $100 million to nearly a billion dollars for sponsors, the IOC employs a bylaw on its charter known as Rule 40.

Rule 40 states as follows: “Except as permitted by the IOC Executive Board, no competitor, coach, trainer or official who participates in the Olympic Games may allow his person, name, picture or sports performances to be used for advertising purposes during the Olympic Games.” Legalese aside, the rule basically states that the IOC alone has the power to choose, appoint and dictate official sponsorships. Rule 40, while it is extremely restrictive to athletes and their support staffs, is designed to protect the IOC’s sponsorship deals during the duration of the games, and as such only functions for the month in which the games take place. For this year’s Winter Olympics, the period of enforcement lasts from Feb. 1-28.

While Rule 40 impacts athletes regarding what they wear and how they promote their own existing sponsorships, it has an even wider reach that encompasses promotional marketers, businesses and nonprofits alike.

For these entities—whether or not they sponsor an athlete or nation, or even simply want to wish them luck—it is strictly forbidden for them to post content relating to the Olympics, intentionally or implied. This means that they can’t even use certain words, such as Olympics, Gold, Victory and Olympian (these are only a select few), when mentioning an athlete or referencing the games. That is, of course, unless they happen to be an official sponsor, a lofty status limited to the likes of GE and Coca Cola. Oh, and the use of Olympic imagery, such as the famous rings symbol, is forbidden as well.

What does this mean for promotional marketers looking to share Olympic-themed content in order to bolster a promotion amidst all the hype surrounding the games? Basically, don’t. The IOC is very serious about restricting sponsorships, and even though the content might be as simple as a tweet or email blast, even if it says something as simple as “In the lead up to the Olympics, check out all of this great winter apparel,” that content could be in violation of Rule 40 and therefore subject to litigation.

In short, just avoid referencing the Olympics for the month of February in any promotional marketing content. Whether you know if or not, the IOC could be watching, and they seem pretty serious about defending what is theirs. With so much at risk, it’s best to stick to other promotional strategies. Just be sure to stay away from talking about the Super Bowl instead—the NFL is notoriously litigious when it comes to protecting its trademarks and intellectual property.