How a Personalized Promo Gift Led to a Million-Dollar Donation

Have you ever seen a person receive a product that immediately made them happy? Well, have you ever seen someone so happy that they pledged to donate an additional million dollars to the foundation that gave them the gift? Don Sanders of Don Sanders Marketing and owner of SellPromoProducts.com has. He gave us the details here.

Promo Marketing: Tell us about a promotion that you think was one of your best?

Don Sanders: I used to do all of the promotional items for the Texas Parks and Wildlife Foundation, primarily donor gifts, because they were looking for donations from people to improve the Texas parks system. So I did all kinds of things for them, really nice hats, shirts, lapel pins—upscale stuff that they gave to people who gave money or did volunteer work for them.

But this guy, Arthur Temple, he owned Temple Industries. They were in the building materials business in Temple, Texas. This guy had a lot of money. He gave a ton of money to the parks department, and so they wanted to honor him. And this guy had more money than you could believe, so giving him something was difficult, because I guess you’ve got everything in the world already. So we designed this Arthur Temple coin, but it wasn’t a coin. It was bigger than a coin. We designed this 4" medallion with a picture of him etched into it. He liked to go fly fishing, and it was a picture of him fly fishing. It was embossed into this metal piece, which was brass. And on the back it had his name and whatever he had done for the park service.

They bought one of these things, and it was $4,100 to do it for one piece. And so they had an award dinner one night and gave this guy this thing. He got so emotional about getting this at this award ceremony that he immediately pledged another million dollars to the Texas Parks and Wildlife Foundation at this event. That one piece that they spent $4,100 on generated $1 million for them instantly. I’ll never forget that. 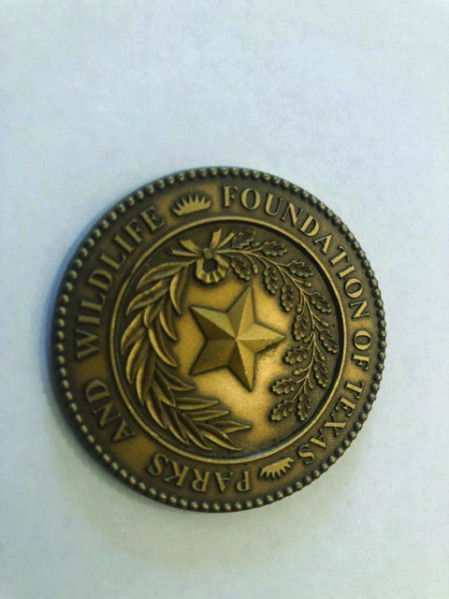 DS: I was just flattered that something worked that much. Because we’re always looking for adulation and looking to feel good about what we do. For me to design something and give it to someone who liked it so much, that made me feel good about myself, and made me think, ‘Well, Don, you really know what you’re doing here.’ I had confidence, but after something like this I think it gives you the motivation to try to do more than you’re capable of.

PM: What advice would you give distributors looking to do something similar?

DS: I think the best thing is to think, because all of our customers we have are capable of giving more. As human beings, we’re all capable of more than what we do. Some people don’t do it because they don’t feel confident about doing it. Some people don’t have the mindset to do it. There’s more in you than you know, and if you just exert yourself and try to think of something different with the customers you have, you’ll get more business out of the people you’re already doing business with.