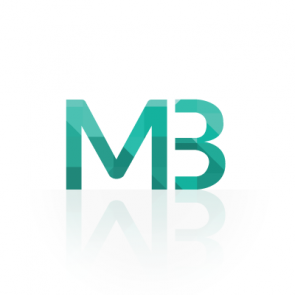 Modern Body could end up suing Big Baller Brand over perceived similarities between their logos. (Image via Twitter)

One of my favorite college professors loved to say that while looking to stand out can prove an exhilarating practice, coming up with anything that merits classification as original can be a frustrating endeavor. In the 16 years since I last saw her, I have sought to find ways to counter the latter part of her thinking, but I have to admit that she has ended up being as wise now as she was then. If Hana Engel could meet said instructor, they would probably bond immediately, as the former, the owner of an Ottawa-situated yoga studio, is accusing the polarizing Big Baller Brand of lifting her enterprise’s logo for use on a sneaker worn by teen phenom LaMelo Ball.

The 16-year-old, already set to follow in the scrutinized footsteps of brother Lonzo, now a rookie with the Los Angeles Lakers, as a UCLA enrollee, becomes the latest member of his bombastic brood to court controversy. Big Baller Brand, a California-based company that their father, LaVar, founded last year to hawk apparel, footwear and accessories, issued the Melo Ball 1 kicks in August, making the adolescent the first high school player to have signature shoes. Since unease seems synonymous with the Ball bunch, especially with regards to the artistic representation of products, maybe nobody should be surprised that the minor could have a major problem on his hands.

Today, LaMelo Ball becomes the 1st high school player ever to have his own signature shoe. The "Melo Ball 1" pic.twitter.com/3EpJuBA1EF

Thus, LaMelo Ball and his relatives find themselves involved in the ever-interesting world of logo disputes. Some matters can be head-scratchers where observers can wonder how anyone might have thought no punishment would come from using a signifier eerily close to an established emblem, and other cases can leave the public wondering what a plaintiff was thinking by bringing gripes to court. This occasion would end up being very enlightening, as Engel holds a Canadian copyright for her Modern Body facility, and the Ball family is marketing the sneakers in our neighbor to the north.

The proprietor lacks a trademark in the U.S., so that could bend her out of shape since Big Baller Brand has an identity here, but her lawyer sent Big Baller Brand a letter that speaks of its infringing upon her rights through Canadian sales. LaVar Ball, never one to hold his tongue, especially when dealing with women, has exactly a week from today to reply to Engel’s contention that his son’s MB-bearing shoes too closely resemble her brainchild’s initialed indicator.

One can presume that the patriarch did not know of the studio’s existence when conceiving his entity’s logo, given the space’s Canadian location, a point that Uproxx made in its account of the situation, but one can also say that Engel has every right to examine the similarities.

“I don’t want it to be, ‘Oh, she’s a little yoga studio in Ottawa, Canada, [so] who cares, we can get away with this,” Engel said to a local news outlet. “It’s my logo, and I protected it for a reason.”

Just as LaVar Ball had been preparing to head to a court to see how Lonzo would fare as a professional and how LaMelo would perform in continuing his assault on California scoring records, he will likely soon find himself in a court. Oh, the irony!

Check Out the Presidential Branding on These Incredibly Rare Obama-Themed Nikes Set to Auction for $25,000