Our 5 Favorite Promotional Products of the Week: Canceled Tour Tees, Turntables and More

We’re a week away from St. Patrick’s Day, so you have seven days to hit the meadow and stock up on as many four-leaf clovers as you can. The more you find, the more luck you’ll have next week. It’s better to start early!

Or, if you don’t feel like doing all that, you can just grab some green T-shirts or maybe a fun pint glass. That works, too.

While we wait patiently for the Most Irish Time of Year, let’s check out a batch of promotional products from this past week. 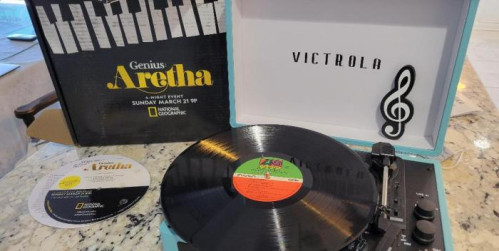 National Geographic is advertising its miniseries on musical legend Aretha Franklin by sending out a promotional kit that includes a real Victrola turntable, an LP of Aretha’s greatest hits, a coffee table book and more.

we lost a full year of planning and touring, and to commemorate that i made this shirt to go along with the stream pic.twitter.com/uaIyZOCl0l

Michigan rock band Dogleg had just released a killer album this time last year. That meant they had to cancel their entire tour. A year later, they’re commemorating the bad luck with a livestream concert and a T-shirt with every planned tour date crossed out. 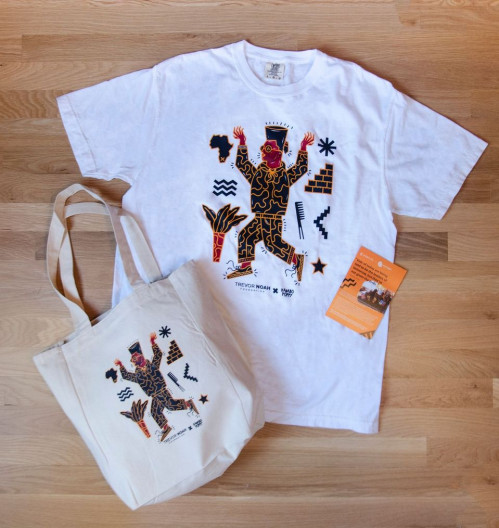 The Trevor Noah Foundation, which focuses on education in South Africa, partnered with South African designer Karabo Poppy to create a T-shirt and bag to raise money for the foundation. Proceeds will benefit schools in the Johannesburg area, and the T-shirt will be included in the Grammy Award gift bags.

Nothing says “Ice Cube and Charlie from ‘Always Sunny’ fighting each other in a movie" like a nice gray gym class uniform. You need that freedom of movement that it can provide. That's why we were so good at gym class flag football back in the day.