We've been doing this long enough that promotional products are just part of our daily lives now. By that, we mean we're more attuned to noticing them in our daily travels. So, we like to think we know a good promo item when we see one!

Check out these five promotional products and decorated apparel items we saw this past week that caught our eye.

🚨JUST RELEASED🚨The first series of officially licensed emoji® Bobbleheads are now available for pre-order! They are only available at: https://t.co/HinjiqL5Dc 😎😉😂😍💩 pic.twitter.com/XuXRiTKAC2

We presumed officially-licensed emoji bobbleheads had been market items for some time now. Thanks to the National Bobblehead Hall of Fame and Museum, we stand corrected and are eager to see consumers' reactions to the five items in its initial series of emoji goodies. (With all due respect to the others, we have a feeling that the "poo" emoji will make the makers stinking rich.) 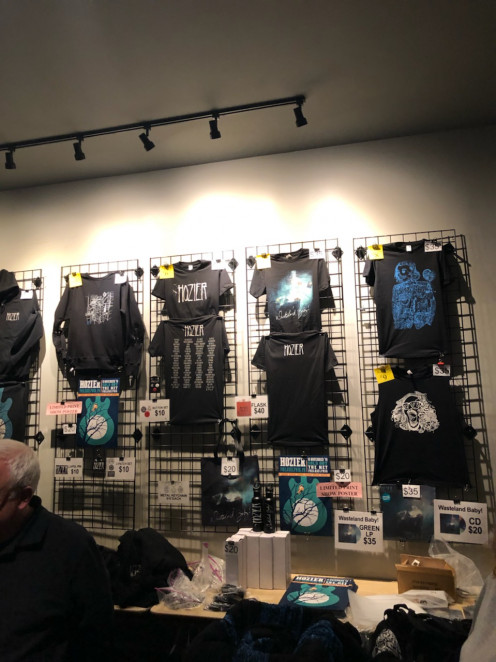 Being based in Philly, we had to check out Hozier perform at the Met last night. While the performance was incredible, the merch wasn't too bad itself. On display was an array of graphic T-shirts, water bottles, pins and more. Our favorite item definitely had to be the “Wasteland, Baby!” black T-shirt, but the tour poster design was pretty great, too.

Ohhh the wourder bottle you didn’t know you needed is available to the world. It’s good clean fun and gets ya to stop using stupid plastic water bottles. Be a part of the solution folks ❤️✌️❤️✌️❤️ 🌍 link in bio

Watching Bon Appétit's YouTube videos has become one of our (Brendan's) favorite pastimes, especially watching Brad Leone ferment things and talk about adding some "wourder" (water) or "earl" (oil) to recipes. There's a strong chance we (Brendan) end up with this "wourder" bottle.

We're already amped up about the upcoming "Star Wars" movie, but these posters just put us over the top. All of the character posters are rad, but, come on. This is Billy Dee Williams back playing the coolest character in intergalactic history. #Lando, indeed.

Christmas is for doggos too. Treat your four-legged friend to their own pawfect festive outfit. Afterall, every member of the family deserves a present.🎄🐶🎄

Holiday sweaters aren’t just for matching with friends and family. Sainsbury’s Tu Clothing also has four options for your furry friends. Now you can get the entire family—including the dog—in on the family Christmas card.

A Guide to Face Masks: Types, Materials and Best Practices for Universal Masking