We're back on the workplace grind after a nice break from the office over Thanksgiving. In addition to stuffing our faces and slipping into tryptophan comas during our holiday break, we had plenty of time to seek out promotional products from all over the place. Take a look! 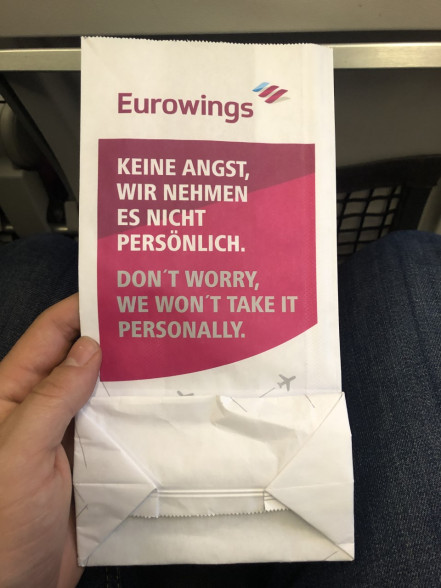 Brendan took a little vacation across the pond the week before Thanksgiving and gathered some international promotional products intel. Here's his first missive from the road: "Part of that trek involved a short hop from Germany to France. A lot of times those little planes can feel a bit bumpy, and Eurowings had us all covered in case it did. (It didn't, thankfully.) This is a pretty clever way to take some stigma out of motion sickness."

While Major League Baseball delves into reports that the Houston Astros engaged in sign stealing during their 2017 World Series campaign, Brad Wheedleton is forming his own opinion through this Astros MVP bobblehead. Available through BobbleHouse Industries, it could prove a humorous form of compensation for Dodgers fans, whose team dropped the Fall Classic to the Astros in seven games. 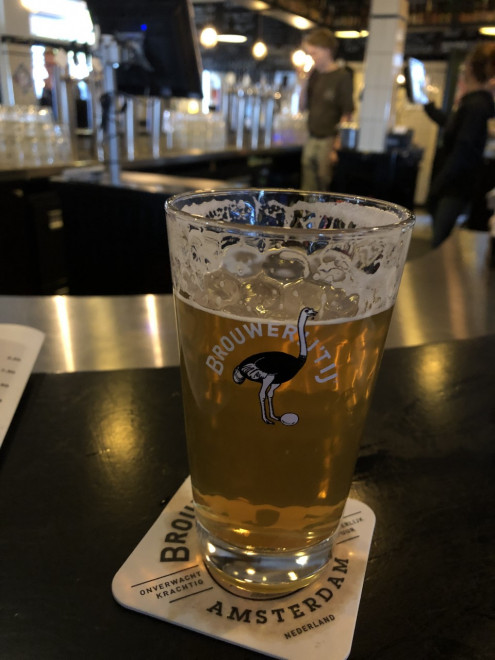 Brendan says: "While in Amsterdam, I got to check out this brewery built into an old windmill (because, you know, the Netherlands and all). I did a little research on the place, and there's no real significance to the ostrich. The owner just likes them. That's good enough for me. I bought a sweatshirt with this logo because I liked it so much, and may or may not have brought a few of those promotional coasters home with me. (Please don't tell Interpol.)"

In case you missed it, Red Lobster released a holiday collection, complete with the requisite ugly holiday sweater. This hot item (and we're not just talking about how quickly it sold out) also included an insulated pocket to keep your Cheddar Bay Biscuits nice and toasty! Now that's a sweater we wish we had for our holiday party. 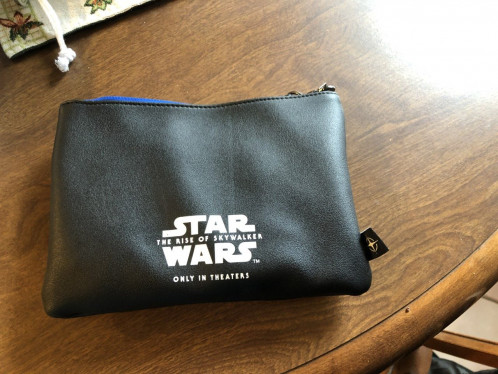 Brendan, one more time: "Unfortunately, I did not fly home in first class. But, someone who did decided they didn't want their sweet 'Star Wars' care package. The flight also included a 'Star Wars'-themed safety video, so that's pretty cool. (They didn't fly us home in an X-Wing, though. Ripoff!)"