You don't need a date for Valentine's Day to fall in love with promotional products. That's something we do every single day of the year. And, thankfully, we have a job that allows us to celebrate with this weekly column. Enjoy this week's Fave 5! 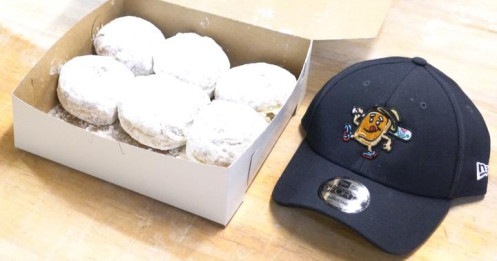 The Philadelphia Phillies' Triple-A team knows its Pennsylvania audience, and is offering a box of fastnachts with the purchase of a limited edition cap for when the team temporarily plays as the Lehigh Valley Fastnachts. Don't know what a fastnacht is? Ask your nearest Pennsylvanian friend. (Hint: They're pretty much just donuts, but Pennsylvania Dutch-ified.) Fastnacht. 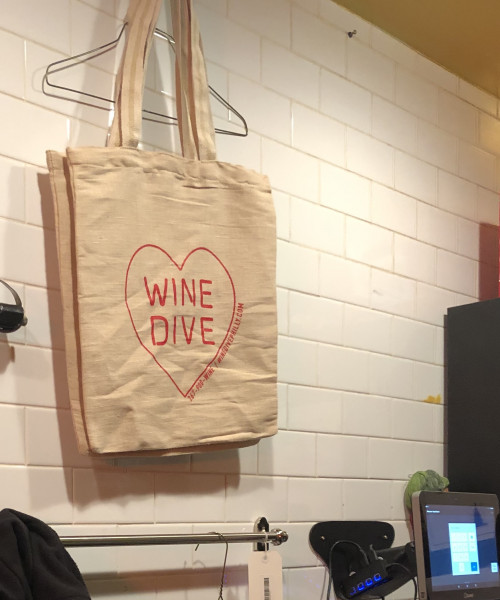 We recently checked out a local place called Wine Dive here in Philadelphia, and of course we found a promotional tote. The tote features the Wine Dive light-up sign, the phone number for the store—which features the last four digits 9463 (WINE)—and the website link. That's good use of the imprint area!

A huge HAPPY BIRTHDAY to Man United's no.1 fan (in the eyes of his children).
To make these we used 3 football shirts, some cut offs from a pair of pjs and some white jersey fabric. ⚽️⚽️⚽️ pic.twitter.com/uj3ATprXdT

The PM edit team's lone soccer hooligan, Brendan, is staunchly against anything Manchester United. That said, even he can't deny the cuteness, craftsmanship and sentimental value of this little guy, which is made from actual Manchester United shirts. 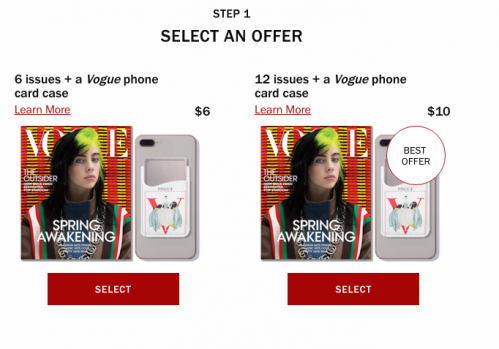 You know the New Yorker tote that you get when you subscribe to the magazine? Well, Vogue had a similar idea. When you sign up for their magazine, you also get a free Vogue phone wallet. Unfortunately, the phone and credit card are not included.

OK, these aren't from this week, per se. But they're new to us. While the Windows 95 beer is probably skunked by now, it's a keepsake we'd love to get our hands on. And lava lamps never go out of style, no matter what outdated operating system they're advertising.