Thanks to wildfires in Canada, there’s a haziness to Philadelphia that makes the sun look especially Tatooine-y. Granted, there’s only one sun instead of two, but it still makes us want to put on some beige outfits and get out to the moisture farm.

Still, a little bit of haze can’t obstruct our view of promotional products around the world, right? Right. This week, our collection includes Jurassic Park-themed sneakers, Godzilla-themed shirts and more.

Jason Sudeikis showed up to the season two premier of Ted Lasso wearing a shirt in support of Marcus Rashford, Jadon Sancho and Bukayo Saka 🙏 pic.twitter.com/sUas2U63At

"Ted Lasso" star Jason Sudeikis showed up to the season two premier rocking this T-shirt, showing his support for Jadon Sancho, Marcus Rashford and Bukayo Saka, the three young England players who missed their penalty kicks in England’s heartbreaking Euro Finals loss to Italy. Those three players faced intense and unfair social media backlash, so it was a very Lasso-like move for Sudeikis to show his support for them. 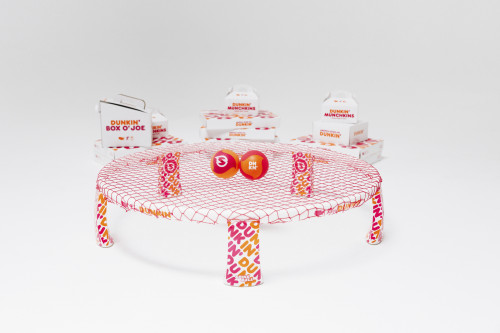 You might not think of coffee as the ultimate beach drink, but Dunkin' is teaming up with Spikeball to create a branded version of the popular outdoor party game. Grab some caffeinated drinks and sugary donuts and get ready for the most intense game of Spikeball of your life.

I know Dr. Grant made it abundantly clear that T. Rex can’t see you if you don’t move. But that’s since been debunked. If we’re going to Jurassic Park any time soon, we’re rocking these bad boys so we can outrun her. We recommend you do the same. 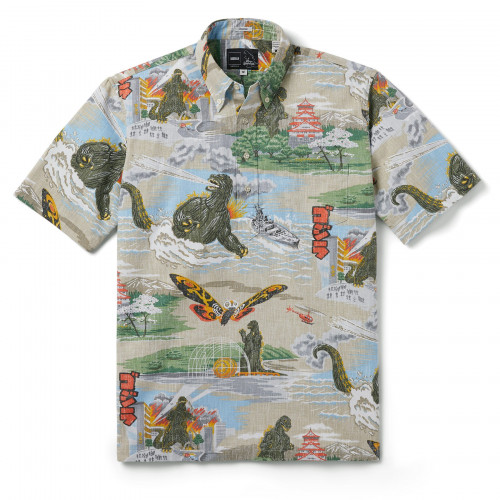 Speaking of big ol’ lizards, this Hawaiian shirt celebrates Godzilla’s history in film and comic books with a retro design depicting his battles against other monsters like Mothra. 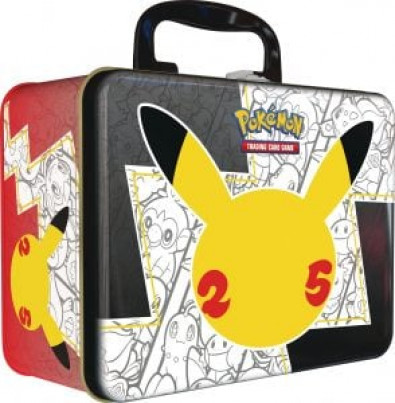 There have been a few cool things to celebrate the 25th anniversary of the Pokemon Trading Card Game, including some highly sought-after cards at McDonald’s. This box is a fun look at the franchise’s past and present, and a good way to store either cards or a packed lunch.