We made it back from Las Vegas in one piece, and we had a long weekend not only to recover, but to snag a few promotional products for this week's edition of the Fave 5. This week we have some commemorative cans, T-shirts and more!

How sweet it is! https://t.co/HO06ntDvCW

Seventy-two ounces of sweetness await buyers of this six-pack that honors the LSU Tigers for capturing the college football National Championship. The honorees earned the branding opportunity by dumping the defending champs, Clemson University, 42-25 in Baton Rouge on Jan. 13. 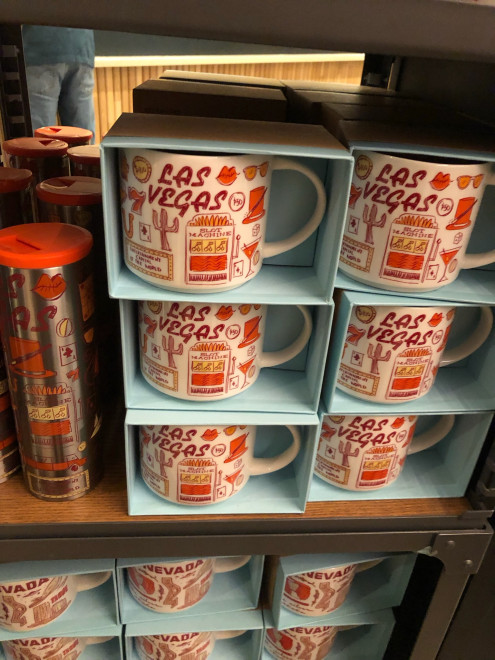 On our last day at the PPAI Expo, we were on the hunt for cool promo products in Vegas. If you were like us, then you probably stopped to grab coffee from Starbucks at least twice a day. One of the cool items we noticed there were these Las Vegas mugs. We’ve definitely seen Pennsylvania-branded Starbucks mugs floating around some of the stores here, but this one was decorated with slot machines, cards, dice, martinis and more!

Just like it did for the World Cup and the League of Legends World Championship, Louis Vuitton is housing the NBA Championship trophy in some serious style. At this rate Louis Vuitton might just become the official trophy protector of every major sport.

On Sunday, the Kansas City Chiefs advanced to their first Super Bowl since 1970, and BreakingT is helping fans to mark the end of the hiatus with four championship-specific T-shirts. We are going to dub the "Hey, look at us. Who would've thought?" one our favorite because noted Chiefs fan Paul Rudd is a pretty cool dude. It's that simple sometimes, folks.

Who would've thought? Check out the latest addition to our K.C. Collection, perfect whether you're a famous #ChiefsKingdom fan or not.

One of our favorite games to play as a kid on Nintendo was Animal Crossing. Now, Animal Crossing is coming out with a new version for Nintendo Switch called Animal Crossing: New Horizons, and if you pre-order through Best Buy, then you’ll also get a peel and stick badge that features Tom Nook! It’s removable and reusable so you can place it on your phone and other tech devices.