Our 5 Favorite Promotional Products of the Week: Margarita Parties, HAZMAT Suits and More

Does everyone have their Halloween costume figured out? I’m thinking this year I’ll hand out candy to the kids in my neighborhood dressed as “The Sweatpants Monster” or “Basketball Shorts Zombie.” Can you tell I’m not exactly feeling motivated to go all out this year?

While we mull over our options, let’s check out some of the best promotional products we’ve seen around the internet this week, shall we? 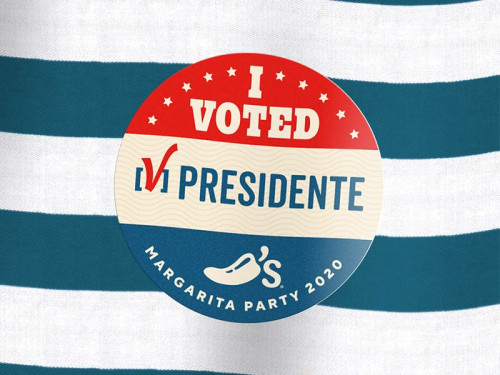 Chili’s is celebrating election season by discounting its Presidente Margarita, and giving everyone who buys one a branded “I Voted” sticker. (Note: This does not offset actually voting on Nov. 3. You still need to do that.) Chili’s is also doing a sweepstakes for a ton of Presidente Margarita merchandise, too.

We know PPE is a sought-after product, and that artists are getting creative with their “tour” merchandise for live stream events, but rap duo Run the Jewels is going hard with this one. The HAZMAT suit was released alongside the group’s “Holy Calamavote” event on HBO Now.

Against Me! vocalist/guitarist Laura Jane Grace just put out a surprise solo album. And, with it, she released this mask modeled after her actual “bashed up pearly whites.”

Even though it’s 13 years old, ‘Superbad’ is still as funny as it was the day it came out. We’d love to snag this snow globe with McLovin’s fake ID and the detergent bottle full of stolen booze, 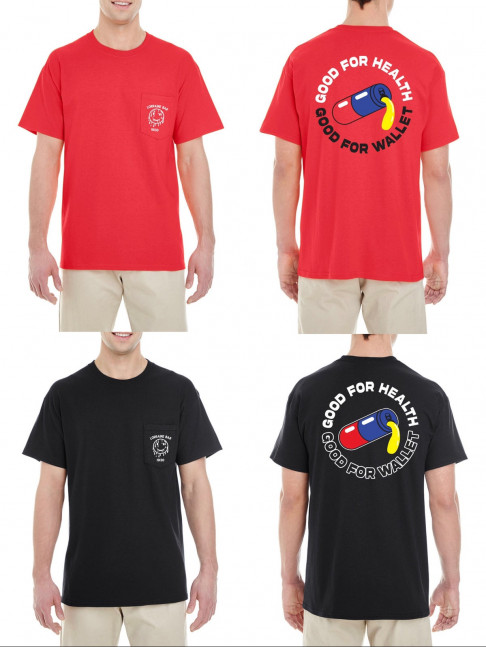 If we’re being honest, we don’t get the anime reference Lorraine, a bar near the PM office in Philly, is making. But, we love a good pocket tee, and they’re not lying when they’re saying their prices are good for wallet.