Our 5 Favorite Promotional Products of the Week: Mascot Memorials, 'Friends' References and More

This week's edition of the Fave 5 includes two ends of the pet owner spectrum: Dressing them up in hilarious clothing and remembering them fondly after they've gone. While we wish no one ever had to do that second part, Cleveland Browns fans can at least celebrate their late, beloved mascot in style. Read on for our full list of favorite promotional items of the week.

1. Joel Embiid 'The Hero and The Villain' Shirts

‘The Hero and The Villain’

NEW design up now over on @DSGNTree!

Joel Embiid is the best troll in sports. It's not even close. For his latest trick, he made hostile Philly fans look foolish by feigning interest in being traded after being boo'd at home. He even got his former teammate Jimmy Butler in on it. After Philly got all worried, he reminded them that if he can take their boos, they can take his jokes. We knew it was only a matter of time until the whole exchange got immortalized in a T-shirt.

With Club Huey's newest St. Patrick's Day pet apparel, there's no reason our doggos can't also wear green to match us. These pet T-shirts say "Mom's Lucky Charm," "Here to Paddy" and "Don't Pinch Me" (to name a few), and you simply can't go wrong with any of these options. 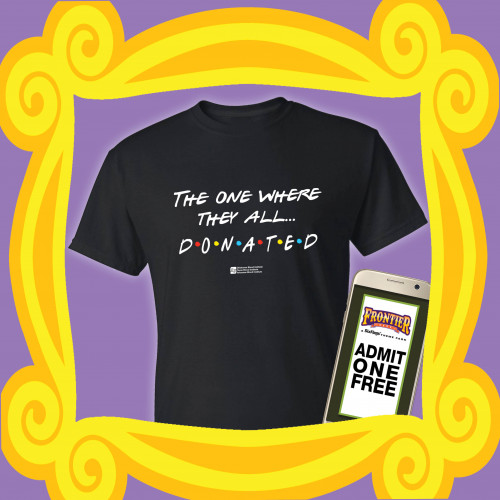 Tomorrow will see the Oklahoma Blood Institute continuing its statewide drive, through which donors will receive a T-shirt inspired by "Friends." The garment given to Grady Memorial Hospital visitors will declare "The One Where They All Donated," a slogan that pays homage to the sitcom's penchant for putting "The One Where..." in episode titles.

Coming to Broad St. from a galaxy far, far, away... https://t.co/ZbtYHhh1MZ

Many of us here at Promo Marketing bleed orange and the black for the Philadelphia Flyers, so it was great to learn that come March 14, the team will rely on another of our obsessions, Star Wars, for its Millennium Falcon T-shirt giveaway. The item will be available as a part of a ticket package for that day's tilt against the Minnesota Wild. 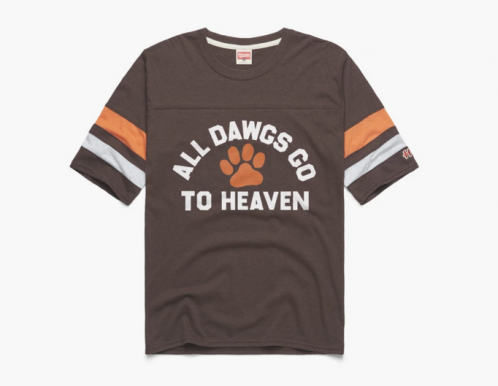 Sadly, the Cleveland Browns lost their four-legged mascot this month. Swagger the bullmastiff will be missed dearly by the Cleveland faithful (including our own Mike Bloom), but fans can pay their respects with this T-shirt from Homage, an Ohio apparel company. There are two silver linings here: The proceeds from the T-shirt sale will benefit the Cuyahoga County Animal Shelter, and Swagger's son will take over the family business.

Our Fave 5 Promotional Products of the Week: Supporting Local Business and Empty Stadiums