Our 5 Favorite Promotional Products of the Week: More Kiddie Pools, Return of Dunkaroos and More

Like most Americans these days, we’ve been re-watching “The Office” on Netflix. One of the best real-life office details the creators included was the abundance of promotional products. We’ve been keeping little notes as we watch, and plan to do some in-depth reporting on the things that pop up on the show.

Stay tuned for that! In the meantime, here are some other promotional products we noticed this week that have nothing to do with Dunder Mifflin Paper Company but are still very neat.

It's here! Limited edition merch — get some before it's gone! Shop now at https://t.co/1ZoOFicXyA!! pic.twitter.com/9huwVB6MfI

While the Dunkaroos we loved so much in our youth are ostensibly back, they don't quite taste the same. But you can’t really beat that branding and color scheme. It looks great on an allover print shirt. Also, who do we need to get in touch with to get the Dunkaroos skateboard? We’ll film a full demo video with it. 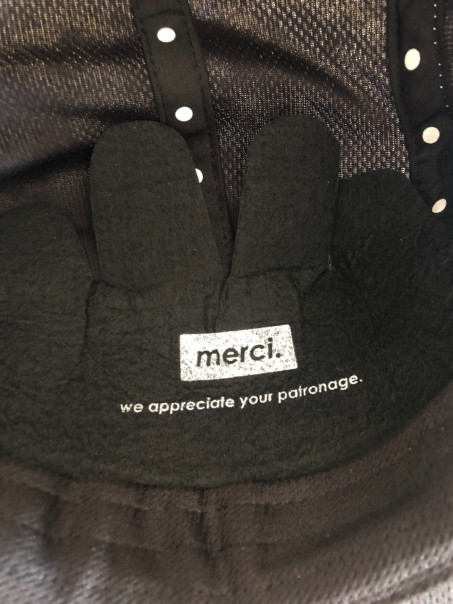 Brendan recently bought this hat from Montreal-based Ciele. Breathable and washable, it seems like the perfect hat for the beach and outdoor runs in Philly humidity. When you open the box, there's a nice little message printed on the foam insert to ensure the hat keeps its shape during shipping. It’s a small detail, but it does a lot to boost brand identity. Merci to you, Ciele.

It’s hot AF outside. Who needs a Natty Seltzer Inflatable pool to help cool down?? Hit us using #NattySeltzerSummer & #Sweepstakes and you could win one! pic.twitter.com/FnNtQsLLc2

Brendan had one of these Natty Light Seltzers on the golf course this past weekend and says it was … not the worst. After 18 holes in 98 degree heat, he would’ve preferred this little pool, though. Hopefully, Brendan's friend who gave him the seltzer at least had the presence of mind to enter this sweepstakes to win the pool.

Nintendo's Tokyo store has got some new merch for Paper Mario: The Origami King: https://t.co/27EaAOBPG9 pic.twitter.com/ARoEpDPpEY

Now that we have a Nintendo Switch, we've been looking forward to playing ‘Paper Mario: The Origami King’ now that it’s out. (Loved the N64 version.) We assumed Nintendo would get creative with promo items, since the very nature of the character design lends itself nicely to paper products. Sure enough, we were right.

Wonder if there was a watch party at Yankee Stadium… pic.twitter.com/WEBbg4MYwX

Phang, the snake who has arms and legs, is the mascot for the Philadelphia Union MLS team. While the players are down in Florida for the MLS tournament, Phang is keeping it safe while wearing a mascot-sized face mask. Even biological abominations need to be safe.