Our 5 Favorite Promotional Products of the Week: Morgan Freeman Bobbleheads and More

Every publication is writing about the Super Bowl this week, ourselves included. So, we want to break the mold wherever we can and flex our journalistic muscles. We're going to avoid the obvious! Enjoy this week's edition of our five favorite promotional products, including nothing from the Super Bowl.

🗣The most iconic voice of all-time is coming to The Pavilion on Wednesday night. Be one of the first 1,000 through the door and receive this Morgan Freeman bobblehead!

His birth certificate reads "Memphis, Tennessee," but Morgan Freeman has made quite a name for himself in Mississippi, even establishing a home in Charleston. Tonight, the University of Mississippi will honor the Academy Award-winning actor with a bobblehead, making us envious of the first 1,000 fans who flock to the school's Oxford-situated arena.

If you weren’t able to grab a ticket for the first weekend of Coachella, don't feel too bad, because neither were we. But, at least there’s a limited-edition Coachella x Contigo reusable water bottle available for preorder in the colors “Georgia Peach” and “Scuba.” It’s not quite the same as being there to see our favorite artists live, but we can still imagine drinking out of this water bottle at the festival. 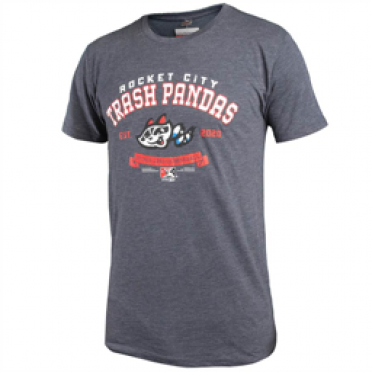 With baseball just around the corner and players packing their bags for Spring Training, we can't help but think about our favorite minor league team, the Rocket City Trash Pandas, who are gearing up to take the field for the first time. We'll be rooting for you from Philly, noble beasts.

Post-Soviet visual. After the breakup of the USSR, the Lithuanian basketball team couldn't afford to participate in the 1992 Olympics, so the Grateful Dead funded the team's expenses and sent a box of tie-dyed outfits in Lithuania’s national colours. They went on to win bronze 🎖️ pic.twitter.com/r8YkPTgw8F

OK, these are actually from 1992, so we're bending the rules a little bit. But these are so cool, and we hope this becomes a trend for future Olympics. If shirt sponsors in basketball be our lot, generous jam bands must be their authors and finishers.

Great ad, @RocketMortgage! We love comfort, too. Wanna make some co-branded breakaway pants? We call them "The-Most-Comfortable-Way-To-Eat-Pizza-And-Get-A-Mortgage-Without-Wearing-Pants" pants. But we can work on the name. #GetComfortable #LittleCaesarsDelivers pic.twitter.com/Jt01nv83DG

Remember when we said we weren't going to cover the Super Bowl? Gotcha! The real journalistic challenge is keeping you on your toes. Little Caesars went on a Twitter run during the game, responding to just about every other brand that had commercials. For this one, they offered to partner with Rocket Mortgage for some comfy pants.