Maybe this will finally be the October we get into scary movies. For some of us on the PM staff, they just never clicked. Call us crazy, but we don't want to spend two hours of our leisure time getting freaked out!

But, people are capable of changing, and maybe it's time we give horror movies a real shot. "Hocus Pocus" counts as a horror movie, right? We can start there. (You know, just to ease in.)

While we give ourselves a mental pep talk before jumping into the spookiest time of the year, here are five not-so-scary promotional items from the past week.

Oct. 5 is Teacher Appreciation Day, so Whataburger partnered with a Texas founded business to create something just for teachers! 🍎 https://t.co/lfTU6in0u3

The Texas burger chain has been crushing it with promos lately. This time, it made T-shirts to honor some of Texas' favorite teachers. Teachers rule.

The Sioux City Musketeers unveiled a Mountain Dew can with a Musketeers 50th anniversary emblem on it.https://t.co/SU6d25UPfR

It's probably not a great idea to go into a hockey game hopped up on Mountain Dew. But, if you want to celebrate after a win, go ahead and pop open one of these branded cans commemorating the USHL Sioux City Musketeers' 50th anniversary.

What better way to motivate players to win against a rival than promotional products? It worked for the USA's Olympic athletes! They got all kinds of stuff. (For the record, BYU did, in fact, beat Utah State.)

Country music star Kacey Musgraves just dropped a new album, and apparently sent out some tote bags to record stores to accompany purchases. They arrived a little late to some stores, but it's the thought that counts. 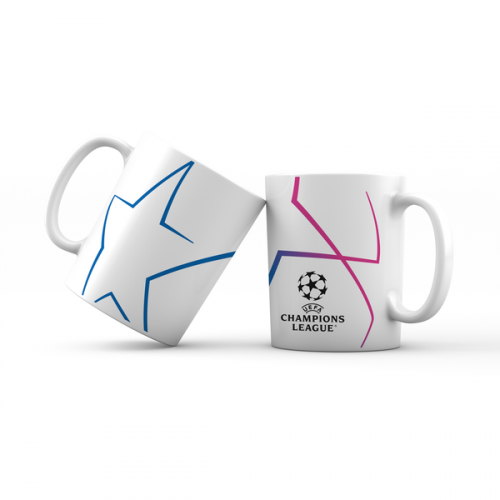 OK, this might just be a coincidence, but UEFA choosing pink and blue to brand its Champions League mugs also could be direct shade to the European soccer teams that tried to branch off into a "Super League" using those colors for branding. That obviously failed. So, is UEFA subtly dancing on the Super League's grave with this branding design? We can only hope so. There's nothing we love more than soccer drama.