We promise we won’t make every single intro about how time seems to be moving at an insane pace, but seriously, folks. It’s July 1. We still feel like we should be shaking off the New Year’s Eve headache, and suddenly I’m supposed to be stocking up on fireworks? Madness.

While we’re gearing up to celebrate one of our favorite holidays (what’s not to love about a day dedicated to grilling food and lighting fireworks?), we’re also celebrating a good batch of promotional products we’ve seen around lately. This week’s Fave 5 includes Phillies shirts, co-branded sneakers and more!

Uncle Larry? Andrew McCutchen? Yes - yes this is the coolest t-shirt you could own https://t.co/RbywdUQ3I5 pic.twitter.com/Ul16QHyzIp

Not even a season-ending injury could keep arguably the coolest player on the Phillies’ roster from wearing the heck out of some throwback uniforms. BreakingTee immortalized Cutch’s dugout style with this T-shirt that also plays off of a Twitter meme he posted during quarantine. Mike Trout could never.

Vans are surprisingly durable shoes. We’ve worn them on hikes and in the streets, so this collaboration really brings out the best of the shoes’ abilities. And any excuse to support print journalism is fine with us. 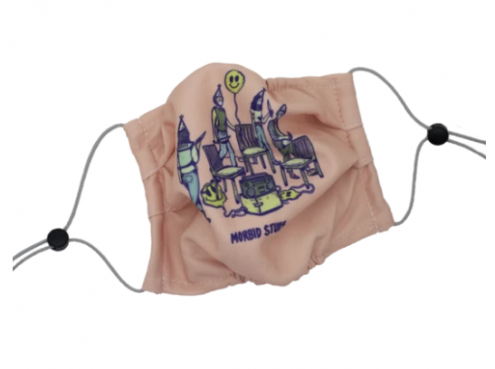 The same band that turned its latest album’s artwork into a puzzle has now turned it into a face mask! If you’d didn’t already think face masks were a viable promo option, bands giving them attention like they’re T-shirts is a good indicator.

A first look at the new Premier League kits. The players have chosen to replace their names with "Black Lives Matter."

When the English Premier League kicked off again after its hiatus, player names were replaced on all team jerseys with the message “Black Lives Matter” as a show of solidarity with the people fighting racism and injustice all over the world.