Our best Memorial Day weekend advice? Stock up on outdoor stuff now, before all of the last-minute shoppers buy up the coolers, grills and squirt guns next week. You’ll thank us when you’re having the best cookout ever.

Our other advice is that you check out some of these promotional products we found from all around the web. Maybe you’ll find something that inspires a future promotion you work on yourself! 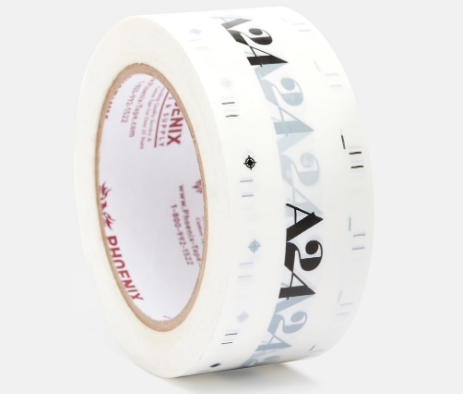 A24, you’ve done it again. They don’t even need to distribute movies anymore. They can just throw their logo onto anything and everything, and fans will love it. They’re like the Supreme of movie distribution. Do we regularly ship things and/or plan on moving any time soon? No. Do we want this packing tape? You bet.

Apparently the NFL and Disney made shirts? For those of us who are #BillsMafia AND disnerds. pic.twitter.com/sCbPTY9Oyg

Disney just released a co-branded apparel line with NFL teams. Some of them even use teams’ throwback color schemes, adding more of that ‘90s vintage shop nostalgia that the kids go nuts for. Man, if only we held onto more shirts from our childhoods. We’d be rich.

Do you remember the Flaming Moe? It was a drink accidentally invented by Homer Simpson, consisting of various alcohols and Krusty-brand cough syrup, which is then lit on fire. It sells like gangbusters at Moe’s. Adidas immortalized that episode through a co-branded sneaker drop, complete with some awesome Simpsons-themed packaging and on-shoe accessories.

my very sweet boyfriend volunteered this morning at a clinic doing vaccinations and they were giving out swag bags for people to entertain themselves for the waiting period. for some reason they got ahold of hundreds of old Bee Movie promo bags... pic.twitter.com/Y3LqGEmqDN

Ah, “Bee Movie.” Off the top of our head, it’s the only time Jerry Seinfeld starred in an animated movie. We just looked it up, and it’s literally the only movie he’s done where he didn’t appear as a cameo and/or himself. Somehow a vaccination clinic got their hands on a surplus of “Bee Movie” bags and thought, “Well, everyone will get a kick out of this if we put some gifts in here.”

Dave Grohl and the gang have been going back and reissuing older merchandise from previous releases, and this current batch has some gold. We’re especially into that flask, which we can’t legally tell you to sneak into a Foos concert.