Getting a kitten is fun, but it’s a lot of work. No, it’s not an actual-human-baby amount of work, but suddenly the whole house is a toy. Curtain strings, socks, smartphone chargers.

Suddenly, a few promotional products I’ve accumulated over the years at trade shows that could act as cat toys are the most important products in the house. I have a greater appreciation for promotional products designed for pets. Tear into that stress ball all you want, kitty. Just stop stealing my socks.

In the meantime, here are five promotional products that we liked from this week that are not made for cats.

Mama mia! Pasta lovers can finally live their dream of carrying their stuff in a box of Barilla pasta (without needing to dump a whole box of perfectly good penne into the trash just to fit their phone and wallet).

While we’re on the topic of soccer, Brazilian team Atlético Miniero released a collectible flip book with some of the most memorable moments in the club’s history.

“Superbad” has cemented itself as one of the best comedies of the 21st Century. There are so many jokes and plot lines that it’s hard to condense into something like a snow globe, but a bottle of detergent (full of alcohol) and McLovin’s fake ID is a pretty good start.

It’s so good that the movie’s creator has one: 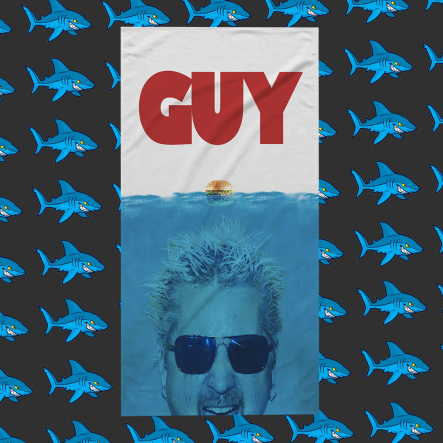 The best part of this beach towel is that you can picture exactly what Guy does when he gets to that burger. You know he’s gonna take one big bite, pause momentarily not to chew but to gear up for a second larger bite to consume roughly half of the burger, and then face the camera to say how it is “out of bounds.”