Our 5 Favorite Promotional Products of the Week: Punching Bags, Hall of Fame Jerseys and More

We spend a lot of time thinking about promotional products, and every once in awhile we have a good idea. No pressure, you don’t need to tell us that it’s great right now. But, let it sink in:

No, not the pizza box. The pizza itself has a logo on it. Maybe it’s burned into the cheese or something? Maybe you can spell it out in toppings? We’re just spitballing here, but we think there’s something to it.

While you chew it over (heh), take a look at five other great promotional products that already exist.

Pennsylvania Lt. Gov. John Fetterman is not a small dude. That means that, in a lot of the pictures he takes with his wife, his head is cropped out a little bit. As part of Fetterman’s Senate campaign, he just released these shirts letting voters show that they’re “with Gisele’s husband.”

Those iconic IKEA bags are much more than just a way to carry light bulbs with funny names. As bucket hats return to the forefront of style, Swedish furniture fans can rock their favorite logo while they keep the sun out of their faces.

If you haven’t seen the 1989 Hulk Hogan/Tiny Lister movie “No Holds Barred,” I must insist you stop reading right now and find it. It is the most insane wrestling movie filled with Hulk Hogan growling at people and causing a limo to crash by freaking out in the back seat. It rules. It rules so hard. 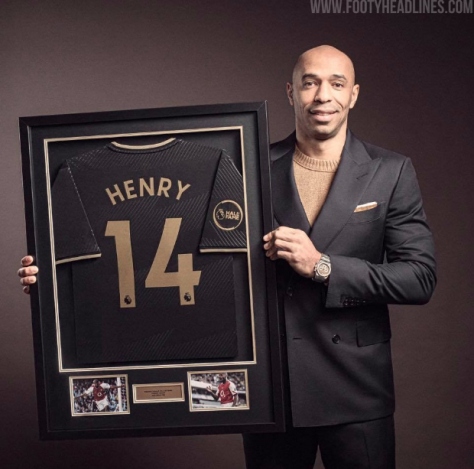 The new Premier League Hall of Fame announced its first two inductees: Alan Shearer and Thierry Henry. Each player received a special edition jersey with their name and number, commemorating their accomplishments in the English league.

Who doesn’t love a good throwback? One of the best parts of the Nintendo Switch is being able to re-live some of our favorite old Nintendo games. Maybe McDonald’s can bring back this packaging, too.