Happy November, folks! Some people are already decking the halls, and others are still displaying droopy jack-o'-lanterns on the porch. No matter how you celebrate the season, we salute you.

As we wind down from Spooky Season and get ready for Snowy Season, let's take a look at five great promotional items from this past week, shall we? 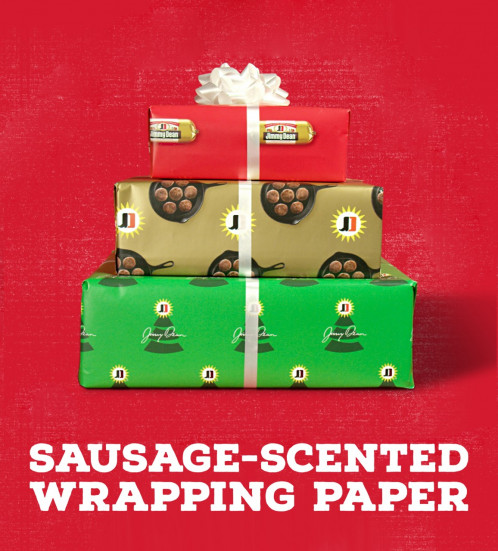 There's nothing like waking up on Christmas morning to the smell of sausage. But, what's this? It's not coming from the kitchen? No, sir. It's coming from under the tree. Santa had you on his Nice List indeed!

We still can't believe it's been 50 years since The Beatles released "Abbey Road." For the anniversary, Happy Socks created a limited-edition collection, featuring six pairs of socks. The collection includes some of the most iconic elements, like the Yellow Submarine, the 1969 "Abbey Road" album cover, the Beatles logo and more.

The Washington Nationals captured their franchise's first World Series title, and Louisville Slugger is marking the occasion with six limited-edition bats, with price tags ranging from $11.95 to $179.95. We are Phillies fans forever, but we must say that if we had more disposable income, we might be tempted to nab the two steepest sticks, especially the one that has the players' names lasered onto the barrel.

The Cleveland Browns might need the Rally Possum back.

Or, a safer route might just be this new bobblehead, available exclusively at the @BobbleheadHall.

Many folks expected the Cleveland Browns to challenge for this season's AFC North Division crown, but, at 2-6, the team's playoff chances are fading fast. December might be too late to rectify matters, but that's when the National Bobblehead Hall of Fame and Museum will ship this Rally Possum that immortalizes the marsupial a fan removed from FirstEnergy Stadium last year on the night the Browns ended their 19-game winless streak.

@GrittyNHL best costume or what??
Our model #chroniclesofbrando. Gritty riding on the one of a kind bran-zoni pic.twitter.com/3tDnfBC0YT

It wouldn't shock any of us to see that Gritty received more than a handful of write-in votes in yesterday's Pennsylvania elections. Gritty love is everywhere, and this costume for one adorable pup is proof.

Cory Cissell Promoted to VP of Marketing at Cap America