Our 5 Favorite Promotional Products of the Week: Slack Sneakers, Mario Pins and More

It’s getting cold out there. Now is the time for any of our supplier friends to send us some promotional socks and slippers. Maybe a robe, too. Hats are good. Heck, while we’re at it, maybe some gloves. You know what? Maybe just give us a full cold weather outfit, perfect for lounging on those mornings where it’s chilly but not cold enough to turn the heat on. That’d be great.

While you assemble those kits, we’ll just be looking at some of our favorite promo products that might not keep us warm, but are pretty cool.

Slack is one of the most-used workplace productivity programs. Especially while so many people are working from home, it helps alleviate the distance issue. It’s also fun to send your coworkers gifs during meetings. Would we be more productive with these on our feet? We don’t see why not.

.@KelloggsUS' Frosted Mini-Wheats are here to energize your morning with a new Morning Craze game! via @marketingdive https://t.co/42HgFwEm8d

Back in my day (the ‘90s), we had to settle for word searches on the back of the cereal box—at best! Now kids get full board games with their cereal? I was born in the wrong generation!

The NFL apparently has been fining Tyreek Hill of the Kansas City Chiefs for giving opposing defenses a peace sign as he whizzes past them. So, Cheetah hooked him up with these gloves that definitely do not let him skirt that rule (and the opposing team’s secondary).

WAHOO!!! Nintendo announced fans can get these Super Mario Bros. 35th Anniversary pins (while supplies) by completing a series of missions! Here's how to get yours. (THREAD)https://t.co/IiAe2o4kIj pic.twitter.com/n4oxzHHHac

Mario is officially old enough to run for President of the United States! Is he a citizen, actually? I know he’s Italian, but he’s been here for a while. Anyway, Nintendo is celebrating everyone’s favorite plumber’s birthday with this pin set. 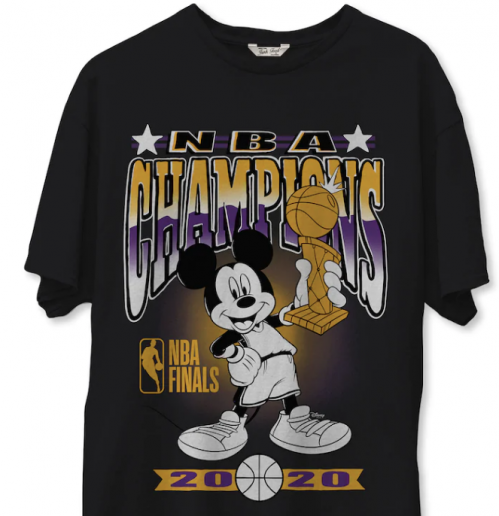 The Los Angeles Lakers are the 2020 NBA champs, and LeBron got his fourth title. We’ll always remember this as the year of “Bubble Ball,” when every game was played at Disney in Florida, so this T-shirt is a fun representation of that.