We're back with the first edition of the Fave 5 for 2020! Being that we had such a long break, we sort of bent the rules here. A few of these items are not from this week, but let's just pretend they are! Our New Year's Resolution was not "stop lying for the sake of journalistic integrity" after all. Let's hit it.

New England fans are mad online about this design. 😡

But 📈 sales suggest this was exactly the right shirt.

The New England Patriots had been hoping for another lengthy playoff run this season, but on Saturday, they lost their home Wild Card Round game to the Tennessee Titans. Through the message on this T-shirt (also available as a hoodie), the underdogs won love from BreakingT, which feels the victors have slammed New England's championship dynasty window shut.

devotion is rewarding 🖤late last night @mychemicalromance gave blankets to the fans who have been camping out all week pic.twitter.com/LPVHQFIDMO

At the end of December, emo heroes My Chemical Romance came out of retirement for a victory lap in Los Angeles. With such a cult following of fans, there were plenty of people lined up outside long before sunlight. Their devotion paid off not only with great seats, but some blankets courtesy of the band.

3. Bucks and Packers Team Up for a T-shirt

Now that our hometown Philadelphia Eagles have exited the playoff stage, we are OK with rooting for the Green Bay Packers to come out of the NFC bracket. Through this shirt that features the team's logo and that of the Milwaukee Bucks, charities that support hunger relief in Wisconsin are going to benefit for as long as the Packers' postseason journey goes on, or while supplies last. 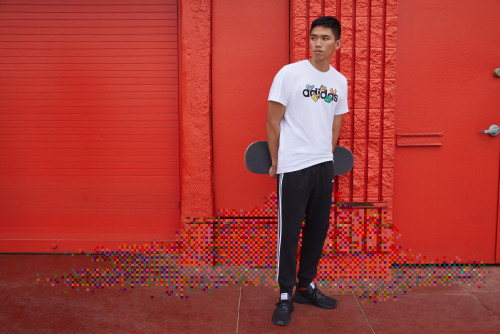 Adidas collaborated with The Pokémon Company on a sweet apparel collection that includes items like tracksuits, pants, shorts, T-shirts and sneakers. Fans can find retro Pokémon character designs from the original Game Boy game throughout the collection.

Eighteen-year-old superstar singer Billie Eilish teamed up with H&M for an apparel collection right before her "Where Do We Go?" world tour. The items feature neutral colors, as well as the popular neon green color she's seen frequently wearing.