What’s going on, everyone? This week we’re bringing you five more of our favorite products, but to be completely honest, it was hard to pick only five. There were just so many! Are you ready to dive in? Let’s go!

Australian musician Dean Lewis is nearing the end of his “A Place We Knew” tour, and we were lucky enough to catch his show in Philadelphia a few weeks ago and see his merch in person. On his website, there are three different colored hoodies; and two long-sleeve white and black T-shirts with “Dean Lewis” on the sleeves, an orange heart in the corner, “A Place We Knew” on the back and lastly, on the bottom of the shirts and hoodies, are two quotes from this songs.

For us Philadelphians, Publix isn’t a name we hear often. So, we had to do some investigating to see what Publix is (spoiler: it’s a grocery store down south) and the merch they released! Just from checking out the fanny packs, hoodies, pillow and Publix slides, we wish that our local Acme would sell branded slides that we could wear when browsing up and down the aisles. 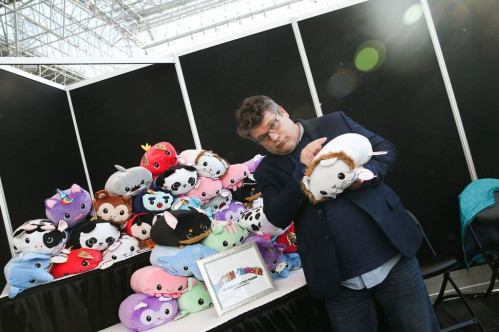 Do you absolutely need one of these toasted, frozen, or straight from the foil Pop-Tarts daddy hats? Let me know why in the comments.

These Pop-Tarts caps are not only cute, but they’re also a great accessory for those days when you’re rushing out the door and need to toss a hat on. (And grab a Pop-Tart on your way out!)

A Guide to Face Masks: Types, Materials and Best Practices for Universal Masking