Ah, Opening Day. For baseball fans, is there any better day? What could possibly make it any sweeter?

Uh, how about a nice little promotional product once you get to the ballpark?

Based on our many years of surveying Major League Baseball's Opening Day promotions, it seems that some teams invest more attention into creating good giveaways than others. It has nothing to do with success on the field, too. Some teams that are just a season or two removed from winning the World Series drop the ball big time when it comes to Opening Day promos. Others who haven't won in decades are going all out.

So, once again, let's take a look at all the teams in Major League Baseball and judge them harshly based on their Opening Day promos. We've sorted these into tiers, listed in reverse order of creativity/awesomeness.

We knew before we even started looking that there would be a good handful of magnet schedules as Opening Day promos. Now, as far as promos go, it's not the flashiest or most exciting, but it's probably the most practical option.

A couple of teams have taken the schedule to a different level. The Reds, for example, are giving out a two-piece magnet. One piece is the schedule, while the other is a logo magnet for the car (or fridge). The Angels are also giving out a wall calendar, because sometimes you don't want to walk over to the fridge every time you want to see what time the team plays.

The bobblehead is possibly the gold standard of ballpark giveaways. There's just something about baseball that lends itself so well to the bobblehead, and other sports just don't have that "it" factor.

The Yankees, Blue Jays, Angels, Mariners, Rangers, Nationals and Dodgers are all doing bobblehead giveaways for their first home series. Some of them are specially themed, too. The Angels have a special version celebrating Shohei Ohtani's incredible 2021 season. The Mariners have a special Ken Griffey, Jr. "42" bobblehead to reference the time The Kid wore 42 in honor of Jackie Robinson.

That actually brings us to our next category.

This year is the 75th anniversary of Jackie Robinson breaking the color barrier in Major League Baseball, and quite a few teams have special giveaways planned for their first home series.

OK, now let's get to the real standout items. These are the ones that make you think, "Wow, who thought of that?" or the ones you'd be likely to buy in a team store.

There are cool hometown-themed items, like a Boston "617" patch available next weekend for the Red Sox' first home series. The Brewers also have a Brewers-themed Milwaukee flag for special ticket holders.

Toronto really gave its promotions some extra thought. The Blue Jays have a special "Hello Kitty Night" scheduled, with a little bobblehead of the famous Japanese cartoon character as a Blue Jays player. And the team will give every fan in attendance a hat.

#BlueJays officials are expecting a sellout for opener Friday. “Tickets are going fast for weekend games, as well.”

Fans attending opener will get a nice keepsake. pic.twitter.com/GQVJZfFyD7

The Cubs, knowing that Chicago takes a little longer to warm up than some other cities, are giving out a special knit glove that doubles as a can cooler tomorrow. 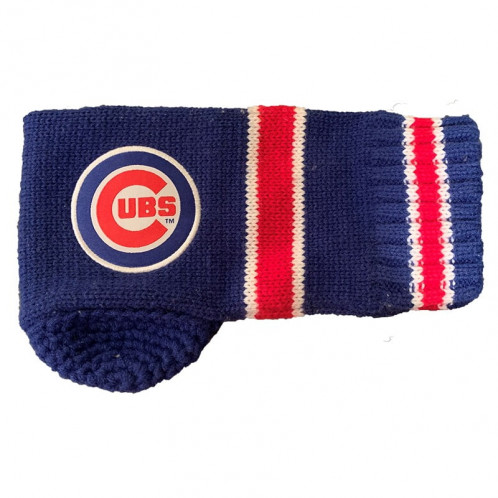 Similarly, the Twins are prepping people for chilly Minnesota temps with jacket giveaways all weekend. The Angels are playing into Angelinos' tendency to claim their city gets cold, and are giving away a nice roll-up blanket later this month.

The Giants are embracing their ballpark's proximity to the bay. For fans who want to hop into a kayak in McCovey Cove, there will be a special Giants captains hat for fans tomorrow.

And who doesn't like a little mystery? The Cardinals are doing a cool jersey promotion, where fans receive either an Adam Wainwright or Yadier Molina jersey with four possible options. They're calling it a "mystery jersey" promotion.

So, which team impressed us the most? If we were to base our predictions for this season based on nothing but the strength of Opening Day promotions, our pick for the World Series would be Blue Jays versus Brewers. If that turns out to be true, then we know that there's a direct correlation between good promotional campaigns and on-field success.