It turns out that the companies that create outdoor apparel and accessories really care about their clients having the chance to go out and experience nature.

The New York Times reported that last week, thousands of members of the outdoor industry in Salt Lake City for the Outdoor Retailer trade show marched to the Utah State Capitol building to celebrate and stress the importance of public lands.

The group of concerned companies includes some of the real heavy-hitters of the industry, like REI, the North Face and Adidas.

"We realized somebody had to start making their voice heard," Greg Thomsen, managing director of Adidas Outdoor USA, told The New York Times. "In my 40 years in the industry, I have never seen the industry galvanized in such a way before."

For those who might need a refresher, this call-to-action is in direct response to an executive order that President Trump signed in April, which instructed the Department of the Interior to review the status of 27 national monuments created since 1996. After their review, they are to make their recommendations whether to rescind or possibly shrink the designation of what is federally protected land.

National monuments have a similar status to national parks, but are slightly less protected.

Christian Beckwith, founder of the outdoor conference Shift, told The New York Times that Trump's executive order "was like a fuse to a Molotov cocktail." 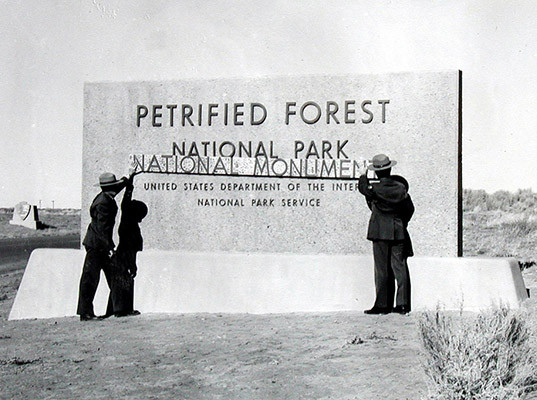 National monuments are similar to national parks, but less protected, and were created as part of the Antiquities Act by Theodore Roosevelt. | Credit: Modern Hiker

He added that the next Shift conference, which takes place in November in Jackson, Wy., will focus on advocacy.

It seems that the outdoor industry has friends in high government places, as well. Utah Governor Gary Herbert, along with a majority of the state's congressional delegation, called Trump's executive order "an example of federal overreach," and have been working to have at least part of the Bears Ears protected land (all 1.35 million acres of it) conceded to state control.

"Politics has traditionally been the third rail," Dan Nordstrom, CEO of Outdoor Research and former CEO of Nordstrom.com, told The New York Times. "My grandfather and father always said, 'We don't take political positions because we have to appeal to consumers on both sides of the aisle.'"

In this case, it seems that many apparel companies can make an exception to that rule, since, like we've seen in Utah, their consumers care about the country's protected lands, too.