The Pennsylvania Republican Party wants to investigate the Fayette County Democrats, claiming they used Steelers merchandise to get people to register Democrat or change party affiliation at a recent county fair.

According to WESA, the GOP claimed that the Democrats' offer of Pittsburgh Steelers memorabilia, as well as offering a one-night stay at a local resort, violated the Pennsylvania Elections Code.

The code states that the following is prohibited by law:

The penalty for violating this subsection of the Election Code is a misdemeanor, and could come with a maximum fine of $10,000, a maximum five-year prison sentence or both. 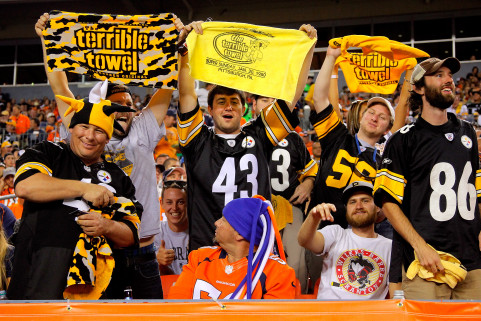 "We are requesting this investigation not only because of the apparently flagrant violation of state election law, but also to ensure the voter registration process remains untainted [by] desperate actors seeking to gain an unfair—and potentially illegal—advantage," Pennsylvania republican Chairman Val DiGiorgio said, according to the Pittsburgh Tribune-Review.

George Rattay, Fayette County Democratic chairman said that when the group learned it could be illegal to have the merchandise giveaway associated with voter registration, they changed the format to make it so anyone who stopped by the booth could sign up for the promotion, and eventually canceled the giveaway completely.

Rattay also added that the organization purchased the Steelers merchandise itself, and the one-night resort stay included in the offer was a private donation from a third party, not from the resort.

It's unclear whether the Democrats only offered the promotion to those who registered Democrat, as the Republicans alleged, as opposed to anyone who registered to vote. The Fayette County elections office told WESA that its solicitor is reviewing the matter currently.

The scuffle is a good reminder for promo companies to tread carefully when it comes to political campaign clients, as the rules can be murky. In June, the Supreme Court ruled 7-2 against Minnesota's political apparel ban at polling places, but only after years of arguments and court decisions dating back to 2010. Nine other states still have similar restrictions in place.