Do you use the same password at work that you use at home? If your answer was “No, of course not, why would I ever do that?” then good, you’ve made a proper and responsible decision. If your answer was “Yes, what’s wrong with that?” well, at least you can count yourself among the 59 percent of small business owners who do the same.

The survey, titled “Psychology of Passwords: Neglect is Helping Hackers Win,” was carried out in partnership with Lab42 in the U.S., U.K., Germany, France and Australia. In total, 2,000 respondents participated. The data was also held in comparison with data gathered from a similar, 2016 survey conducted to determine how password management behavior has changed in the time between each survey.

According to the survey, out of the 59 percent of respondents who admitted to reusing passwords, 61 percent claimed that the fear of forgetting their login information was one of the major reasons for their relaxed approach to password security. In a way, this isn’t hard to understand, considering that 38 percent of these respondents admitted to having to reset passwords every few months because they’d forgotten them. However, this is no excuse for what truly is a simple practice. All things considered, the risks of using the same password at work and at home are far more severe than the inconvenience of having to reset a forgotten password. 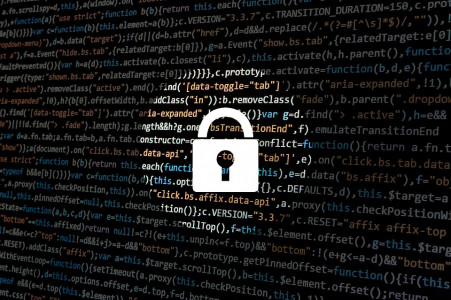 In the promo business, this couldn’t be more relevant, or urgent, than it is now. Over the past several weeks, at least three major companies in the industry have fallen victim to a malware attack that scammers seem to be employing to specifically target promo companies. Hit Promotional Products, Hub Promotional Group and High Caliber Line were all hit by the attack, which came as a link from a valid distributor’s email. Once that link was clicked, the virus traveled through company servers and shut down all connected computers. After this, damage control was made difficult when the virus proved particularly tough to clean.

While this isn’t exactly related to password strength, the malware attacks draw attention to the fact that the promo industry is vulnerable to such targeted attacks. That means that promo business professionals have to be as vigilant and careful as possible when conducting business online, especially over email and the internet. Compared to a hard-to-spot malware attack, a compromised password can be protected in a number of rather simple ways, including the use of separate passwords at work and at home.

According to the survey, 79 percent of respondents had between one and 20 online accounts for work and personal use, giving hackers plenty of opportunities not only to find and compromise an easy password, but also to test that password on linked accounts. If you ask us, that’s a whole lot of risk for the sake of convenience.

So, if you’re a promo business professional that counts yourself among that 59 percent of respondents who use the same password at work and home, we only have one thing left to say: Change your passwords already! Better safe than sorry and all that.