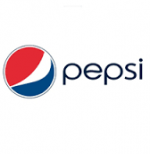 In 2014, Pepsi started a promotional campaign in Hungary that allowed customers who collected a certain number of bottle caps to receive different Pepsi-branded gifts. As it turned out, the most popular gift was an illuminating ball. According to the Global Advertising Lawyers Alliance, the demand for the ball was too much for Pepsi, and the stores quickly ran out of the item.

In response to the promotion, the Hungarian Competition Authority (HCA) investigated whether Pepsi and the media agency with which it partnered for the promotion misled customers by stating that the ball was a guaranteed prize and created the promotion in a way that was contrary to requirements of professional diligence.

The HCA found that Pepsi and its partner based the potential number of prizes off of a similar campaign they ran in 2013, but the HCA also found that Pepsi did not consider the fact that the promotion took place during the 2014 World Cup, during which Pepsi advertised much more heavily than usual, thus increasing demand for its products.

The HCA considered the fact that while Pepsi advertised that the ball was a guaranteed prize, it did state that only a limited number of prizes were available. Because these two statements are contradictory, the HCA ruled that the main message of the promotion was that the prizes were guaranteed, with or without the disclaimer of limited availability, and that Pepsi could have taken steps to resolve this contradiction by ordering additional items.