Pinterest Predicts These 9 Style Trends Will Be Huge for 2017

When Pantone announces its 2017 Color of the Year, you know it's time for the fashion world to look ahead to 2017. For Pinterest, that means poring over in-house data to determine what's going to be big in 2017. The social media site released its 100 trend predictions, and we sifted through the data to bring you the nine key fashion trends to look out for in 2017. Because, as you all know, promotional apparel tends to follow retail styles. 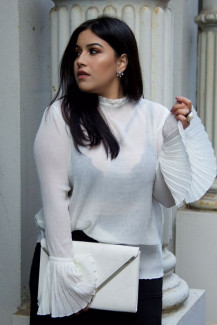 It's rare that fashion goes for the sleeves, but 2017 is on track to go into unchartered territory. While the bell sleeve look laid its groundwork in 2016, plan for 2017 to be the year this '70s fashion trend returns to the streets big time. 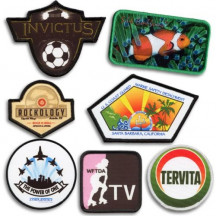 This DIY trend making waves is big news for the promotional apparel world. Why? Because we've been obsessed with pins and patches all along! Suppliers and distributors need to capitalize on this opportunity to ramp up their pin and patch production. Work with a national park? Make a stylish patch! Headed to a trade show? Create a unique pin attendees will want to display on their denim jackets. 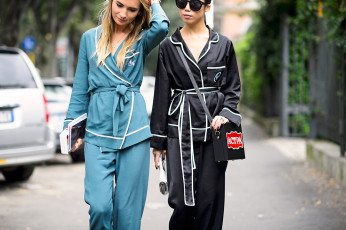 (Image via The Zoe Report)

For all of us that have a hard time getting out of bed in the morning, the pajama trend makes it easier to get the day started. End-users are looking for relaxed, silky fits that mimic the comfort of home apparel. 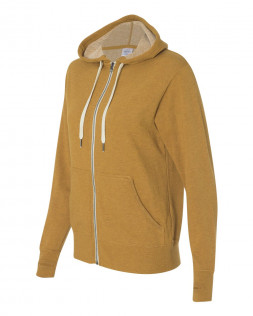 While Pantone predicted a green shade for 2017 would be big, Pinterest is giving neutrals, like camel and khaki, the thumbs up. Be sure to add a neutral shade to your promotional apparel lineup to reap the rewards of on-trend style options.