Life as a consumer means that we often receive reminders that what’s old can become new again. Planters has taken that thinking a step further by showing that what had been dead can find itself rejuvenated. Thanks to its Super Bowl ad, the company, which had supposedly consigned Mr. Peanut to that great big mascot resting place in the sky, has given the character a shot at redemption in miniature form, and the ensuing Baby Nut merch aims to be the awwwwwww-inducing promotional products line of the year. 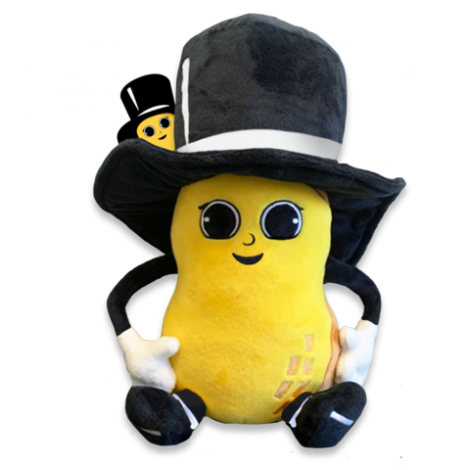 The Baby Nut plush is among 11 items that consumers can secure to prove their affinity for the Planters creation. | Credit: Planters

We had our doubts that Planters would just kill off its 104-year-old anthropomorphic legume, so the Super Bowl LIV spot made clear that the brand is seeking a revamp for its operations. While one could go so far as to claim that Mr. Peanut became a victim of mascot-centric ageism, perhaps it was time to have a seemingly more vibrant representative, even though the first status-bearer was pretty spry in his own right. Regardless of that debate, the Baby Nut merch is now setting its sights on winning favor, and is giving end-users yet another youth-infused promo figure to go ga-ga over.

#BabyNut might be a newborn, but he already has an official merchandise store:https://t.co/oTHhMf2X1V pic.twitter.com/jBTPMA4FrE

While Baby Yoda goods will surely prove more of a force, Baby Nut merch should grow on people pretty quickly, especially if they like a wide range of options to call on to show off their allegiance. A trip to Planters’ merch website reveals 11 products, and when people scroll over most of the branded items, the little guy pops out, a decision that brought us a few smiles as we inspected each of his appearances. The mouse cursor also transforms into Baby Nut when on site.

Encompassing a onesie, a hooded baby blanket, a plush, two shirts, a pint glass set, socks, a phone case, a dad hat, a pin set and a tote, the collection ranges in price from $15 to $34, and even led Elite Daily to suggest that Baby Nut merch could become a source of Valentine’s Day gift-giving inspiration.

Whether or not consumers come to feel passionate about involving the goods in their celebration of the observance, Planters will probably spend the spring touting the offerings as ways to add a little flavor to the public’s role as consumers, especially since warmer temperatures will mean more opportunities to head outside and make impressions. No matter what the calendar says, though, the Baby Nut merch, thanks to the overall likeability of the Planters brand already and the company’s decision to hop on the cute-merch movement, will likely be a very good infant and make its creators very proud parents.