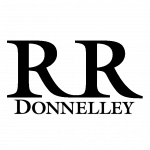 Stock in RR Donnelley, Chicago, is on the rise after reports that Xerox, Norwalk, Conn., is interested in buying the company. According to The Street, RR Donnelley shares rose 3.71 percent yesterday to $19.14. But, the reliability of the merger still seems a bit murky, and some experts don't know whether or not it would be the best move for either company.

The Chicago Tribune reported that merger discussions first surfaced on Monday. But things have been relatively hush-hush from both parties. Carl Langskamp, director, global analyst/public relations for Xerox, told Printing Impressions that the company doesn't "comment on market speculation." RR Donnelley did not respond to a request for comment, either.

While this news is certainly exciting to think about, The Street's Jim Cramer said on CNBC's "Squawk on the Street" that he thinks the reports of a merger being an almost done deal are "a little premature."

"I don't think this is necessarily going to happen," he said.

He did, however, recommend that investors should own RR Donnelley stock for its breakup value, not because of a possible Xerox purchase. After all, RR Donnelley is set to split into three publicly traded companies by October.

If it did happen, however, it would be a good opportunity for Xerox to see organic growth. Mark Michelson, editor-in-chief of Printing Impressions, weighed in with his first impression of the news.

"I guess, as Neal Sedaka's lyrics imply, 'Breaking up is hard to do' for large companies," Michelson said. "Here's RR Donnelley in the process of breaking up into three companies reportedly in talks with Xerox, which—partly being driven by Carl Icahn's financial stake and influence—is looking to separate the $11 billion Xerox document technology business (led by newly promoted CEO Jeff Jacobson) from its $7 billion business process outsourcing enterprise, which will be called Conduent."

Michelson added that only a little more than half of merger and acquisition deals prove to be successful long-term.

"The purposed coupling of industry powerhouses will have everyone watching to see if they can work through all of the complexities to actually make it down the alter to say their 'I-dos.'"