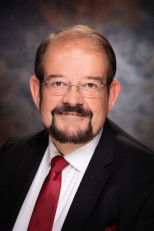 Tom Carpenter, MAS, has received the RAC Volunteer of the Year award.

The PPAI RAC Volunteer of the Year Award is presented annually to regional association members who have demonstrated an outstanding level of volunteerism and leadership, and who have made significant and measurable contributions to a regional association. Carpenter is the 17th recipient of the laurel that has been awarded annually since 2010.

Carpenter, who is currently serving as the treasurer for the Promotional Products Association Southwest (PPAS) regional association, exemplifies the spirit of volunteerism and dedication to the promotional products industry at every level. Prior to his current role, he spent four years (2011–2014) as the PPAS RAC delegate to PPAI. He was a PPAS board member from 2005–2009, was elevated to vice president in 2009–2010 and served as PPAS President in 2010–2011.

Carpenter has earned multiple awards throughout his illustrious career, including two PPB Volunteer of the Month accolades (November 2014, July 2015) and recognition as a PPAI Fellow in 2016. He also spoke in 2010 as an advocate for opportunities to spread the word about the promotional marketing industry.

This Year's Grammy Gift Bag Is All About Diversity and Inclusion