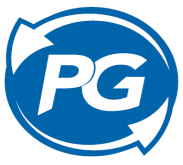 Premier Group held its 2016 annual meeting in Palm Beach Gardens, Fla., last week at the PGA National Resort and Spa, with more than 100 Premier Group members and associates in attendance.

During the meeting, members elected a new board of directors to fill the key roles in the member-driven organization. The group elected Jeff Marks of Richmond, Virginia-based Promotional Considerations as chairman, and Paula Shulman of Bridgeport, Connecticut-based Prime Line as vice chairman.

They also elected the following directors:

In addition, Paul Smith of Calconix Inc., Ardmore, Pa., will continue his role as board member emeritus.

Member committees outlined key activities for 2016, and discussed the plans for 2016 and 2017 in several discussion groups and networking sessions. During the event, the company recognized members for various achievements, including outstanding sales performance and high-quality service, with the Premier Group Annual Award.