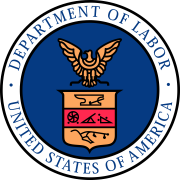 The former owner of a now-defunct promotional products business in Geneseo, New York, is defending himself from former employees, who claim he owes them upwards of $50,000 in unpaid wages and rent.

The entire debacle is too much to fit into a cohesive leading sentence, so let's do a little bit of backtracking here. It's going to sound a little bit like Simone's explanation of why Ferris Bueller wasn't in school.

Randy Cofield had a company called Athletica, which was not doing well, and apparently hundreds of thousands of dollars in debt, if not millions. Cofield, looking to change his fortune, sold the assets of his company to Billy Dolan, CEO of Aprinta Group, a Rochester-based promotional products company. The company rebranded itself as Century Print, focusing on promotional products overall, rather than the sports uniforms that Cofield's old business specialized in.

Cofield stayed on board as the company's president during its tenure in Geneseo, which lasted only about three months, according to the Livingston County News.

Dolan, looking to keep the ship afloat, said he invested more than $430,000 during the three-month period. That didn't work, so the company had to shut its doors for good.

Now, Cofield is saying that Dolan owed him, along with other employees, "north of $50,000 in wages" and eight months worth of unpaid rent, also totaling about $50,000.

Naturally, Dolan has a rebuttal for this whole situation, claiming that, without his hefty investment, the company would have shuttered immediately and the employees would have been without jobs completely.

"All the jobs were going to be lost, so understanding the talents they had there, I tried to jump in to save jobs," he said. "I think there was 17 people—they were all without jobs, so I stepped in June 1, [2017]."

Due to the sheer size of Cofield's previous debt, which caused other vendors to avoid doing business with the company, Dolan had to invest his own money, unable to secure additional investments.

"It wasn't like I started a new business and hired all these people," Dolan said. "They were going to be without jobs, so I jumped in to try to keep them employed and try to create a business, because obviously a lot of them do have great expertise. That's kind of how I came to Geneseo."

The matter of the unpaid rent was supposed to be up to Cofield, Dolan said, as the two made a deal that Cofield would find a new tenant for the company's former space, and they'd try to unload any of the supplies inside, which Dolan bought himself. Once they manage to secure a new tenant, Dolan said he will give any available assets as a result of the sale to Cofield in place of the rent he's owed.