While there's no confirmation as to whether or not Tiger Woods will participate, exact replicas of every shirt he (hypothetically) would wear will be available to purchase. 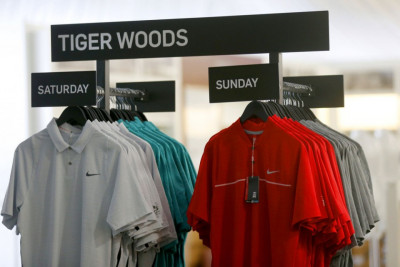 Tiger Woods PGA Championship T-shirts will be available in the official store. (Image via NJ.com)

Rory McIlroy's and Brooks Koepka's Nike shirts also will be available during the four-day tournament for $98 each. 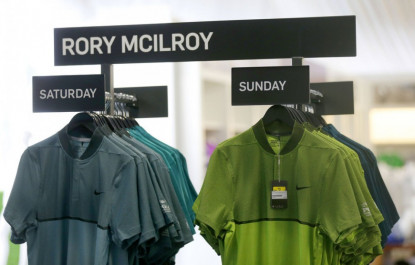 Rory McIlroy PGA Championship T-shirts will also be available during the tournament. (Image via NJ.com)

"It's great for people to be able to wear the piece[s] not only during the event but post-event, be able to reference that they're wearing something that that specific player was wearing—who could end up possibly being the champion," Mike Quirk, senior director of merchandising and licensing at PGA of America, said, according to NJ.com. 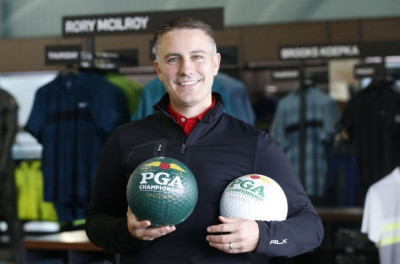 Mike Quirk, senior director of merchandising and licensing at PGA of America, showcases the oversized golf balls available in the store. (Image via NJ.com)

To see the full preview, check out the NJ.com photo gallery.