Both merchandisers have released preview images of the products expected to be available at the conventions.

"To get all these local artists to work with us is great," Liceaga said. "We want them to succeed, and we want to feature them to give them credit. It's a vehicle for them. ... Some of them are small businesses that wouldn't have the opportunity to be part of something of this magnitude. Hopefully the exposure … will make the businesses very successful in the years to come." 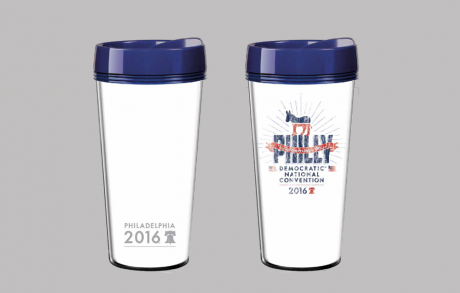 The "Welcome to Philly Tumbler" features a local artist's work. (Image via the official DNC store)

"Designed by local artists, our merchandise will serve as keepsakes that convention guests, Philadelphians and visitors will be able to take home with them to remind them of this historic event in Philadelphia," Kevin Washo, executive director of the Philadelphia 2016 Host Committee, told Philly Mag. The collection features apparel, pins, drinkware and desk accessories. The items will be sold in a pop-up store at Philadelphia's Comcast Tower from June 29 through the DNC, set to take place July 25 to July 28.

Here is a list of the local artists that were selected: 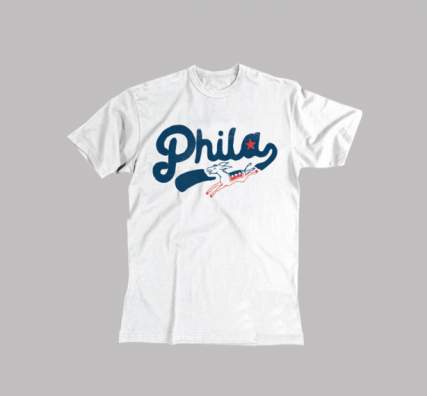 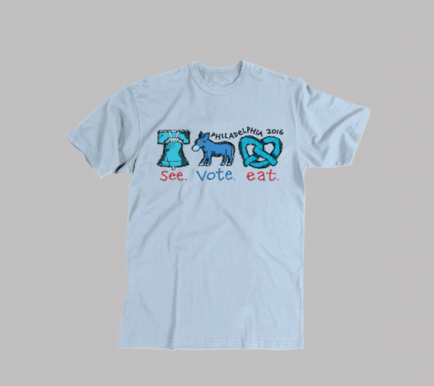 The RNC merchandise also is putting the spotlight on the host city—Cleveland. However, the RNC went with a classic skyline design for the collection featuring the message, "Proud Host."

Check out the merchandise below: 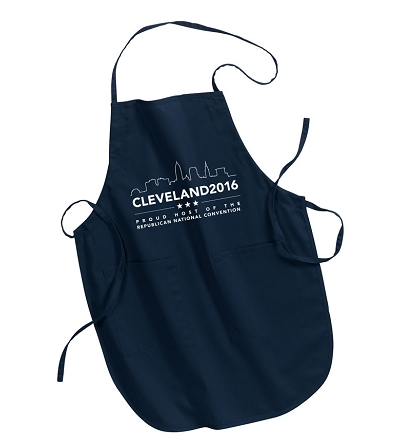 Branded aprons for the RNC feature the Cleveland skyline. (Image via the official RNC store) 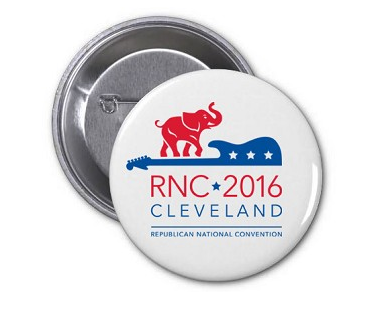 Convention attendees can purchase buttons with the Republican elephant symbol. (Image via the official RNC store)

While the RNC merchandise is pretty straight-forward, the Republican Party's store currently is selling a slew of retro-inspired Reagan-Bush merchandise. 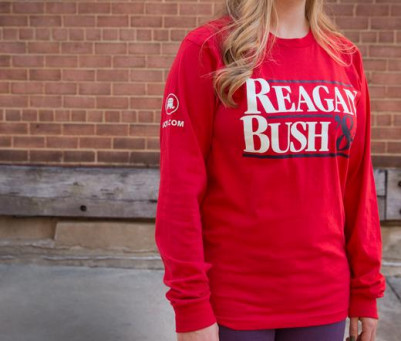 The GOP is selling this throwback Reagan-Bush '84 shirt. (Image via the official GOP store)

Also available are "I Miss W" coffee mugs and headwear: 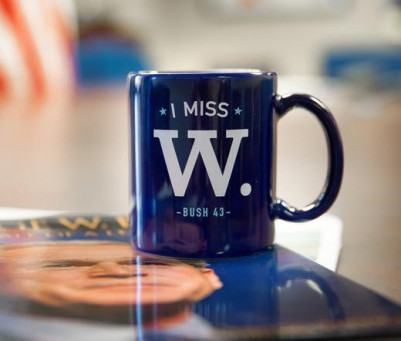 These "I Miss W" coffee mugs are available for purchase. (Image via the official GOP store)

Convention attendees can purchase the merchandise throughout the Cleveland event, which takes place July 18 to July 21. To see more RNC merchandise, visit the official RNC store.

What do you think of the DNC and RNC merchandise collections this year? Let us know in the comments section.