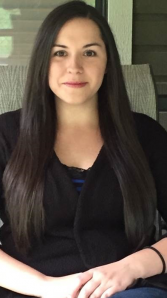 Miranda Searls will work with customers on ideas for projects and provide volume quotes, as well as taking over the position of sales representative for British Columbia, Canada.

April Kennedy will be sales representative for Eastern Canada and national accounts. While their roles officially start in 2017, they have been connecting with customers and building on their existing relationships since September 2016.

“I’m really thrilled for this opportunity to grow with Pro Towels and Kanata Blanket,” Kennedy said. “We are always expanding and coming up with innovative new products and decorating options for the promotional products industry. It will be exciting to share our ideas with our customers, and grow the presence of Pro Towels and NeetFeet in Canada.”

“I look forward to the challenge that lies ahead and to working with our customers on creative ideas for their projects in order to help them win orders,” Searls said. “I am excited to be able to continue to build our strong relationships with our customers in [British Columbia.]”

“Pro Towels and Kanata Blanket are committed to providing growth opportunities for our employees, and with the knowledge and commitment that both Miranda and April bring to their new roles, I can see nothing but good things ahead,” said Brian Porter, vice president of sales for Pro Towels. With such a talented sales team, we are going to be even more successful.”

Sponsor Content Sticking to the Tried and True: The Power Behind Best-Selling Products
Comments
The Top Lists