The Problem With 'Wonder Woman' Merchandise 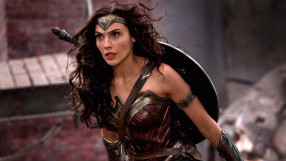 (Image via Den of Geek)

When it comes to superhero movies, the corresponding promotional toys and merchandise are typically ubiquitous. Just visit my dad's garage, and you'll see Captain America shields, Iron Man arc reactors, Thor hammers, Green Lantern rings, and don't even get me started on the Batman costumes. (My dad is a bit of a superhero nerd.) So it comes as a surprise that the latest DC superhero movie is all quiet on the merchandise front, leaving many people asking, "Where is the 'Wonder Woman' merchandise?"

A writer at Den of Geek decided to do some research into the missing "Wonder Woman" toys, and the results were surprising. After looking through LEGO and Amazon offerings, the products were sparse. He found one official LEGO kit, but Amazon isn't even selling it. This obviously contradicts the usual LEGO offerings for the Marvel and DC movie franchises. Usually, new Batman movie brings multiple Batman LEGO sets.

But aside from LEGO, the writer did find one option on Amazon: an old Wonder Woman Dorm Set. And once the writer delved into other offerings, the problem became even more troubling. Most of the merchandise he came across could even be considered sexist. 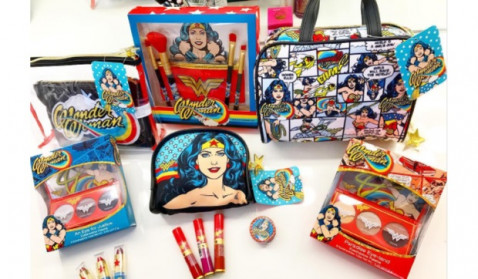 While "Wonder Woman" action figurines are scarce, makeup kits are everywhere. (Image via Den of Geek)

Walgreens released a range of Wonder Woman beauty products and makeup bags. And another Wonder Woman-themed advertisement was in partnership with Think Thin diet bars. Makeup, dieting—none of these things sound like one of the pillars of the Wonder Woman character. In fact, I believe Wonder Woman's main attributes are superhuman strength and skills in armed and unarmed combat. Even Batman once called her the "best melee fighter in the world" in "Justice League of America, vol. 2, issue No. 13."

This isn't the first time that this has happened to a female character, either. When “Star Wars Episode VII: The Force Awakens” unveiled its promotional merchandise, "Star Wars" were upset that a notable character seemed to be missing: Rey. It seemed strange that a strong female character who happened to be one of the main characters in the movie wouldn't receive the same treatment as the male stars. Thankfully, it looked like Lucasfilm and Disney learned their lesson, because the female-centric merchandise efforts were ramped up in support of "Star Wars: The Last Jedi."