Jim Chapman has been the owner of Proforma Preferred, Foothill, Calif., for more than 20 years, and on Monday he fulfilled his dream of pitching to his son at the 2019 MLB All-Star Home Run Derby. His son, Matt Chapman, is a third-baseman for the Oakland A’s, and is the first Oakland player to participate in the Home Run Derby since 2014.

The MLB All-Star Home Run Derby is an annual bracket-style competition between eight of the league’s top power hitters, where players compete to hit the most home runs in four minutes in exchange for a grand prize of $1 million. Leading the Oakland A’s with 21 home runs this season, Matt Chapman was asked to compete in his first Home Run Derby appearance on Monday night at Progressive Field in Cleveland. After years of watching the Home Run Derby and throwing batting practice together, Matt knew the only pitcher he’d want to see out in the field was his dad. 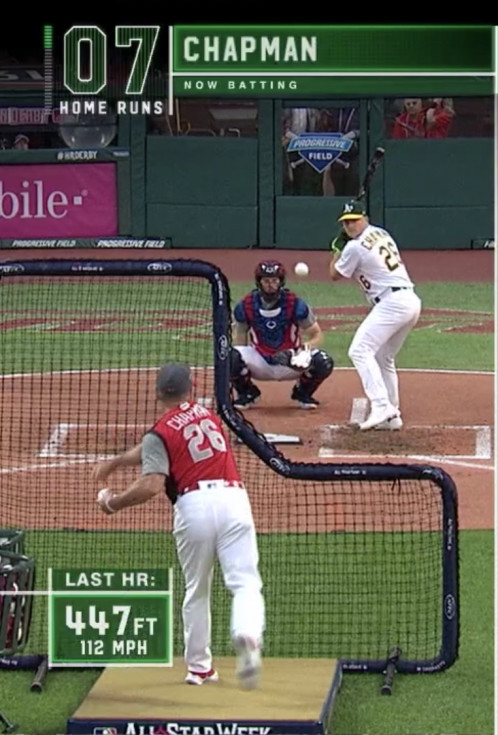 This year the event was hosted at Progressive Field in Cleveland, Ohio, where Matt and his dad competed in the first round against Vladimir Guerrero Jr. of the Toronto Blue Jays. Other players competing for the grand prize included Alex Bregman, Joc Pederson, Pete Alonso, Carlos Santana, Josh Bell and Ronald Acuña, Jr.

A record year for Matt, he was also given the 2018 American League Rawlings Platinum Glove Award, which is given to the league’s overall best defensive player. Despite Pete Alonso taking the grand prize, Jim Chapman and his son finished with 13 home runs, totaling 1.1 total miles and 477 feet.

Jim has been in the printing and promotions industry since 1989, and began his own company in 1998 in Foothill Ranch, California. Known as Proforma Preferred, Jim’s company specializes in full-color printing, labels and forms, promotional products, wearables, embroidery, and screen printing.