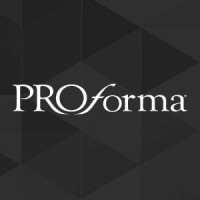 Proforma, Cleveland, announced this week that it set a new monthly sales record of $60 million in sales for December 2021.

The company partially credited this milestone to its $20 million investment in technology, which allowed Proforma to open more than 5,000 e-commerce stores in 2021.

"This new sales record validates our standing as a top player in the industry," Proforma CEO Vera Muzzillo said in a press release. "In 2022, we plan to double our e-commerce presence, resulting in a total of 10,000 built by the end of the year."

Proforma joins 4imprint as a distributor posting big sales figures, adding another indicator that the promo industry's rebound is well underway. Proforma's numbers in particular are a good sign, as the distributor's record-breaking month coincided with the Omicron wave in the U.S.

The company's success in e-commerce also suggests that there's no slowdown in sight for the online shopping boom that began early in the pandemic. Proforma placed No. 3 on our 2021 Top Distributors list with $538.5 million in 2020 sales, a new record for the company at the time. Proforma credited those strong sales to its early action on PPE, but also to its e-commerce solutions.

"Proforma is confident that its ProStore development and the newly released e-commerce educational program were key contributors to 2021 growth," the distributor said in a press release. "The company looks forward to continue driving owners to their next level of success through 2022."